In January 2011 I received an interesting parcel of medals and other military items. The other items included a RAN service record, Returned of Active Service Badge, dog tag and ribbon bars. These were all for two brothers, William Thomas Searle and Leslie John Searle.
William served in the RAAF with the number 34543 and Leslie in the RAN with the number S3594. As part of my research I learned that Leslie was known as Jack and after the war was a police officer with the NSW Police Force. Jack's service record is available on the NAA web site, here. The medals awarded to William are the War Medal and the Australian Service Medal 1939-45. I suspect they are his full entitlement and are in their box of issue. The medals awarded to Jack are the 1939-45 Star the Pacific Star, the War Medal and the Australian Service Medal 1939-45. Stars awarded tot eh RAN were issued un-named as can be seen in the second picture.
The medals and other items will be returned to Jack's daughter. William didn't have any children of his own and his medals will remain with Jack's medals. Thanks to Joe D who originally sent me the medals.
The returned medal tally is now 1101. 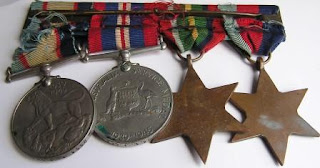 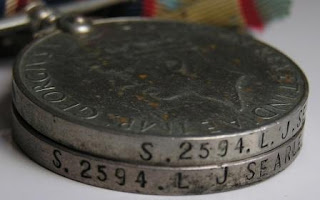 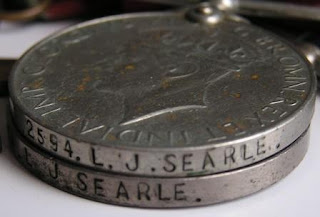 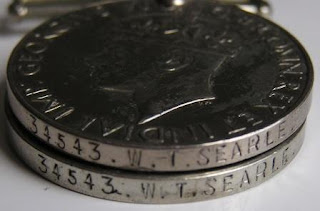 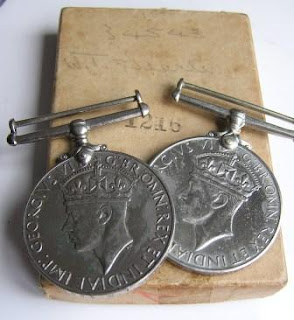