Two of the three WWI medals awarded to 1524 John Marriott Cuming were amongst those recently sent to me by the WA RSL. Originally from Victoria, his family moved to WA prior to the out break of war. From his service record I know that John was a serving member of the Royal Navy Reserve when he enlisted.
As is the case with most WWI service records, John's shows mostly administrative entries and medical problems rather than where he fought. He received a gun shot wound, had heart trouble and spent some time in a VDH.
The search for John's family was reasonably simple. A rather uncommon surname in WA was my starting point. I took a punt on an entry in the White Pages and after checking with other family members it turns out the chap I rung is John's great nephew. John did not have any children of his own.
The medals pictured are John's 1914/15 Star and British War Medal. Where his Victory Medals is, is any ones guess.
The medal returned tally is now 695. 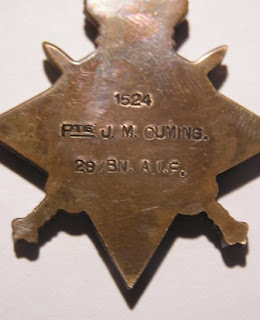 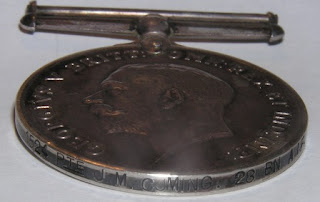 It is not often that we know almost exactly what has happened to a set of medals we return.
Bill is responsible for tracking down the family of VX65750 Frederick Henry Andrews, in fact he found his son, John. From John we know that the medals were stolen during a house break in about 2002. Along with the medals some Masonic Lodge regalia were also stolen.
Whoever found all these items handed them in to a Masonic Lodge who in turn contacted Bill. With his usual diligence Bill tracked down John and the medals were returned to him.
The medals returned tally is now 693. 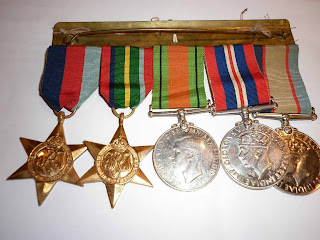 Posted by Lost Medals Australia at 20:57 No comments:

NX173891 James Michael Dunn's medals have been sitting somewhere being well looked after since they were issued. The medals are in as issued condition and have never been mounted for wear. James was a soldier from NSW and the medals came to me from Victoria. Where they have been since being issued in the early 1950s is any ones guess but they have been looked after.
The returned medal tally is now 688. 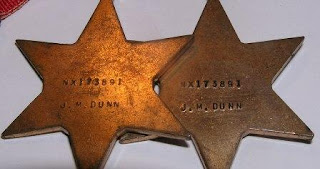 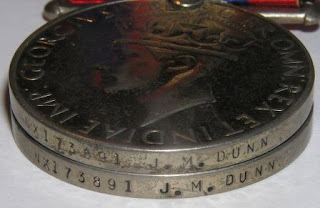 Posted by Lost Medals Australia at 18:29 No comments:

SX10181 Matthew Neil Dolan's Pacific Star has had a mysterious past. Dolan's other three WWII medals are with his son and it wasn't until Matthew's funeral that a fellow digger pointed out one medal was missing. Matthew was from SA and this medal came to me fro WA so how it got there is any ones guess. I just very pleased that the full group is now reunited.
The medal returned tally is now 684. 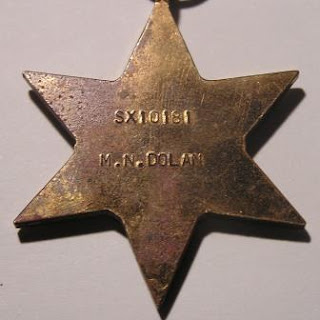 Posted by Lost Medals Australia at 18:18 No comments:

I recently received a Defence Force Service Medal awarded to John Egmanis who served in the RAAF. Thanks to a bit of help from Air Force HQ I got a clue that led me straight to John.
The medal tally is now 683. 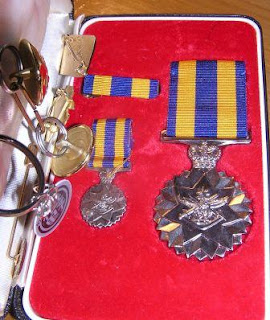 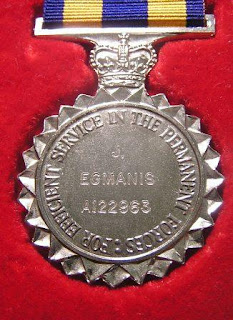 The medal to 3333 A-Cpl Leslie Midford Dixon is one of those that are not seen often. His unit was the 1st Pioneer Battalion and rather uncommon.
The search has been difficult and very lengthy, well done to Bill for persisting. The medal will soon be sent back to the family of Dixon.
The returned medal tally is now 682. 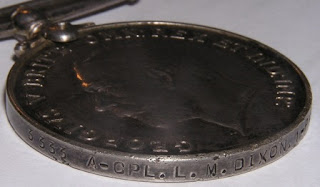 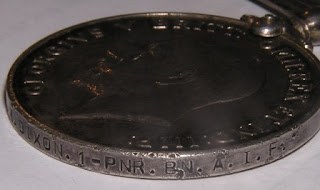 Posted by Lost Medals Australia at 18:55 No comments:

WX29772 John Binnie Livie was originally from Scotland but emigrated to Australia as a youth. These medal were sent to me by the WA Branch of the RSL as mentioned in a previous post.
I now know that the medals were stolen about five years ago. The theft occur ed a day or so after John's death notice appeared in the local paper.
The medal returned tally is now 681. 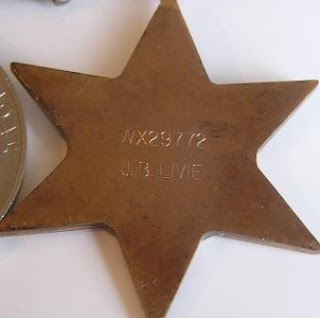 Posted by Lost Medals Australia at 14:13 No comments: