This search is for the family of 2650 James Henry Hayes who served with 30th Battalion, AIF. The medal came to me from Ross W of Alice Rive, QLD and the research gave me some challenges.
Hayes was from Camperdown in Sydney and using the electoral rolls it was easy to put together a tree of the Hayes family. James had five brothers and three sisters.
What surprised me was that none of the males from this family married so the path I followed was down through their sister Irene who married Frances Meigan. Their son Robert served in WWII and they also had several daughters. It is the son of one of these daughters who I spoke to today and will send the medal to shortly.
The returned medal tally is now 1552.

More assistance to the Police

This post is about two bits of research I've done for different state Police Forces.

The first was assistance to the Victorian Police Force which involved a group of five WWII medals which had turned up with a second hand dealer but were stolen. Because the case is still subject to legal action I really can't provide more details other than to say the family will soon receive the medals back.

The second case came from the WA Police Force. Last month I received an email from a Senior Constable who was following up a referral to me after a Face Book post. Two WWI medals and other military badges had been handed in and they were a bit stuck . One medal was named to 2861 John William McCluney the other to 2123 Frederick Lee. Both soldiers were from Toodyay, WA and served in 44th Battalion, AIF.

This is what I worked out about John William McCluney. John was married to Eva Janet Lee, he died in 1963 and Eva in 1986. They has two daughters, Joan and Joyce. Both married in 1941.

Joyce to a WW2 soldier, David, she died in 2012 and David in 2011. This information was enough to help me work out the name of Joyce and David's son.
Frederick was the brother of Eva so the medals and badges are part of a family collection.
I was able to provide all this to my Senior Constable POC and she has now been in contact with the family. I now know that Joan was burgled in April 2014 but didn't know that these items were missing.
The returned medal tally is now 1551. 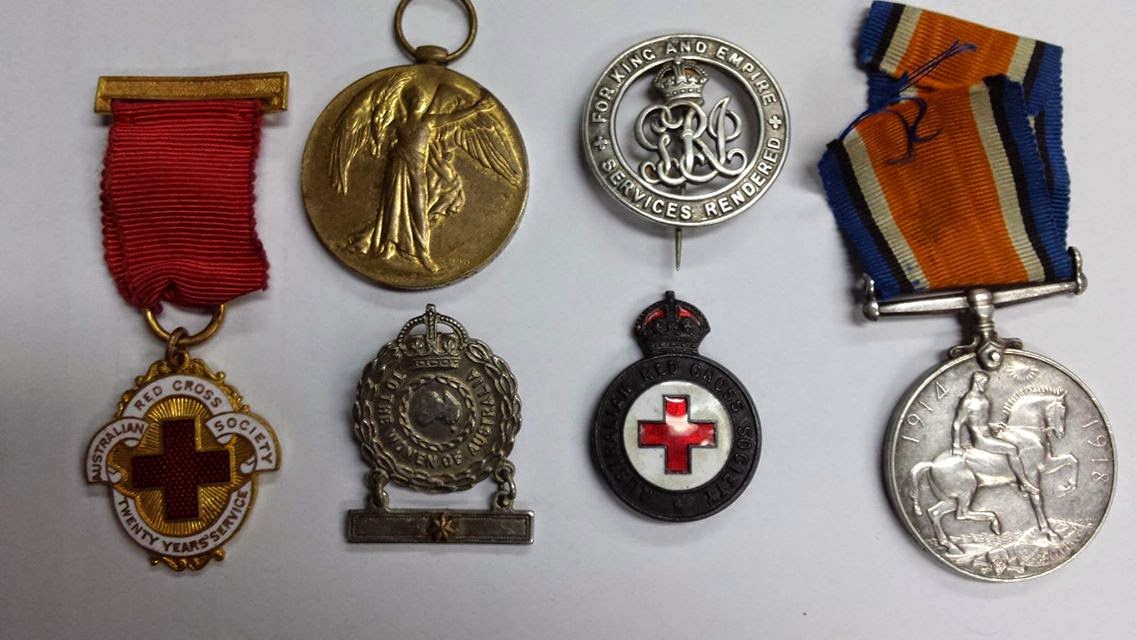 Posted by Lost Medals Australia at 12:55 No comments:


This is an interesting story from Bill.
While Glyn and I prefer to devote our time to returning medals, occasionally we get requests that, for one reason or another we can’t refuse. The following is as a result of one such request.
It came from the Victoria Police who had recovered, under warrant, a large haul of various items. One item was a Sterling Silver presentation tray which had been, from its inscription, presented to a Senior Army Office some years before. Could we help find the gentleman was the request?
Now one of the restrictions that Glyn and I face is that when we are dealing with the Police, is that there are many facts that are not released to us. This makes the search rather interesting.
Fortunately, I recognised the name and the unit involved. Unfortunately when I had last referred to the officer in question several years ago, I was told that he had passed away 15 years ago.
So now it was a hunt to find the wife. But it was whilst using the Internet I found a reference to the officer concerned. Three phone calls later and I was speaking to him. He thought it rather humours that he should be considered deceased but he wished to inform me that he was most definitely not. As for the tray it had been stolen during a break in some years before, as to the question of where has it been in the meantime, well that is question that we both agreed to leave for others. 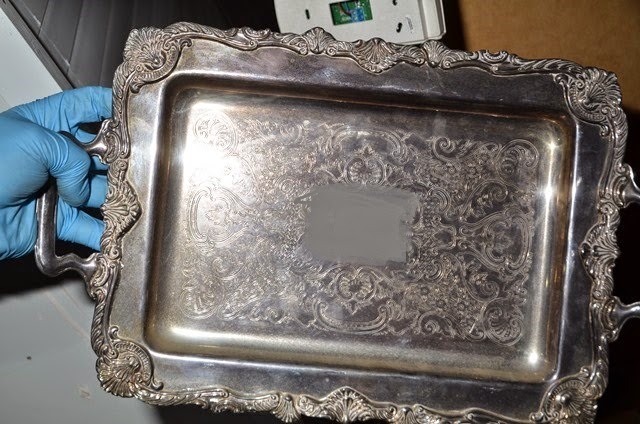 I have been fortunate to have had a story about a lost medal shown on Channel Ten's The Project. The story can be seen here.

Thank you to Ryan the producer and Barry and Cheryl, the real talent.
Posted by Lost Medals Australia at 21:42 1 comment: