This is a really good story from Bill about a group of WWI and WWII medals and about the persistence in locating the family.

To his family he was Edgar, to his mates he was ‘Frenchie’, a nickname that came as the consequence of being awarded the Croix De Guerre by the French Government for outstanding acts of courage during WWI. It was a nickname that would follow him up until his death in 1952.
Edgar, like so many men who served during WWI, lined up to enlist again in 1940. The fact that he had been badly wounded during WWI, appears to have conveniently forgotten to be mentioned.
Edgar’s medals came to us from an industrial waste recycling company. When found, the original finder, not knowing the medals, assumed that they were a complete set and stopped looking. Still missing are Edgar’s British War Medal, and Victory Medal from WWI, as is his War Medal, Australian Service Medal 1939-1945 from WWII.
To Peter, whose company found the medals in January 2014, and never stopped looking for a next of kin, thank you for trusting us to keep the search going.
At the request of ‘Frenchies’ family, who are still searching for his ‘missing’ medals, we have been requested to restrict publication of both the family details and our search data.

The returned medal tally is now 1803. Another mile stone reached. 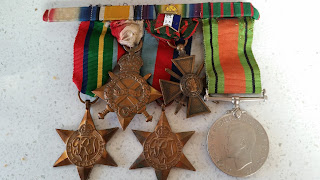 Every now and then we get a surprising request.
Yesterday, Bill contacted me having received a call from the Fitzroy Police Station. The Property Officer, Jackie, had received several items which included full size group of 7 and a miniature group which included a Distinguished Service Medal. The medals were named to Simon Moore-Wilton, a name I recognised.
It took a few hours to contact Simon and when I did he was a little surprised as he thought he knew where his medals were. Then he realised that a recent burglary must have resulted in his medals being stolen. Bill and I put Simon in contact with the Police as there were several other personal items handed in with the medals. Unfortunately, Simon's full size DSM is still missing.
Many thanks to Therese McTavish and Dan Hansen, mutual friends of Simon and me, who assisted with this search. And of course thanks to Jackie of the Victoria Police.
The returned medal tally is now 1798. 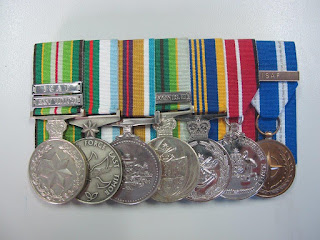 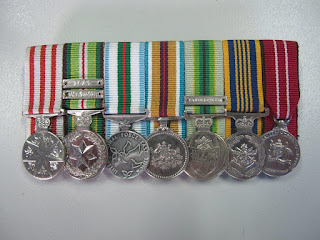 This search only took a couple of days to resolve once the medals arrived, however, the history behind them that has been fascinating to research.
Herbert Charles Carter was born in Australia in 1882. He was the son of Joshua Whitby Cater and Charlotte. At the out break of the Boer War he enlisted with the 2nd Victorian Mounted Rifles. His number was 342. He is mentioned on this Boer War site and the AWM. This is the official nominal roll and shows that Herbert was detached to the Pioneer Corps. 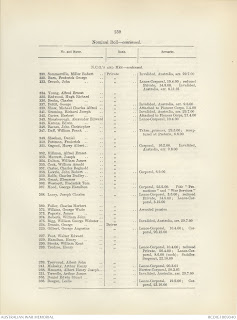 The Boer War site incorrectly gives his middle initial as E, however, it does mention that he was a member of the South African Soldiers Association of Victoria. The association membership badge was also sent to me. 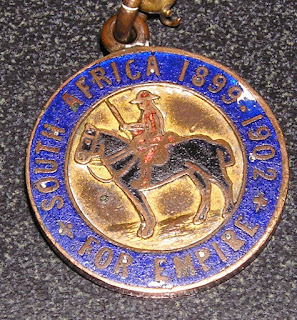 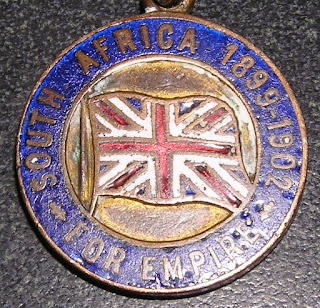 As soon as I saw the Boer War medals I new there was something wrong. It is obvious that the medals have been renamed. There is no question that Herbert served in the Boer War so he must have lost his original medals at some time. This is not an uncommon occurrence. If he originals are lost then others are purchased, the name erased and renamed. This can be identified by the rim being thin in the name area and the engraving being a bit suspect. These pictures show the pair and the areas in question highlighted. 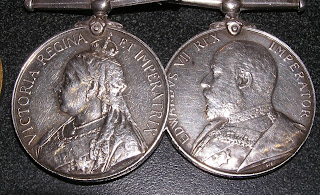 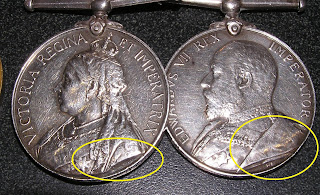 I then moved on to researching the WWI medals and found that he served as a motor mechanic in the Royal Navy Volunteer Reserves. His medal card is on the British Archives web site. The medals are quite genuine. 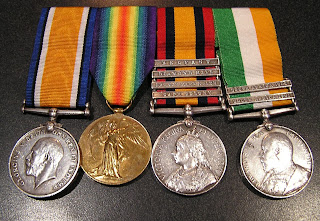 The next piece of information I found was Herbert's death in 1959. I was able to corroborate his birth, death and parents details. From all this I surmised that after the Boer War he traveled the UK and on the outbreak of WWI enlisted in the Royal Navy. Then in the 1920 returned to Australia.
Herbert and his wife, Francis Alice  (nee Cope) had a son also named Herbert Charles Carter. I found Herbert jnr on an Ancestry family tree and the owner very kindly connected me to Herbert's (jnr) wife.
The family story is that after the Boer War Herbert returned to Australia and was offered a solider settler block which he quickly rejected. He then returned to South Africa and is reputed to have but the first plane that was flown there. On the out break of WWI he went to England to enlist and served on submarines. After he was invalided out of the Navy he married and returned to Australia with his new family in the 1920.
Thanks to Graeme W who sent me the medals and Lynn W who put me in touch with Herbert's daughter in law.
The returned medal tally is now 1784. (There have been a few returns which I've been unable to publish the details about).
Posted by Lost Medals Australia at 20:27 No comments: