This is the story Bill has to tell about the return of a British War Medal awarded for service during WWI to 1977 Reginald Stanley McLeay:

'When Reg McLEAY's daughter, Daphne and her daughter travelled to Canberra several years ago to look up Reg's file, it in her words "opened a new world", her father had been 17 years and 9 months when he enlisted, not 19 as the family believed and certainly not the 18 shown of his enlistment forms.
Originally enlisted into the First Light Horse, he would later serve with the Artillery as a driver and then as a Bombardier. Reg would have as he always told his family a 'quiet war' in which nothing much happened.
In 1942 he would again enlist for service, this time serving through to November 1945, when he was discharged with the rank of Warrant Officer Class 2.
Sadly his health and the effects of having served in two World Wars caught up with him and he died six months after his discharge.
His British War Medal (BWM) will now go back to join his others.'
The returned medal tally is now 849. 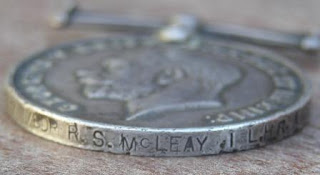 Posted by Lost Medals Australia at 23:54 No comments:

Two of the WWII medals awarded to WX38909 Ronald Charles Pickersgill were sent to me by the WA RSL. Bill was successful finding Pickersgill's daughter and the medals will be returned in the near future.
The medal returned tally is now 848. 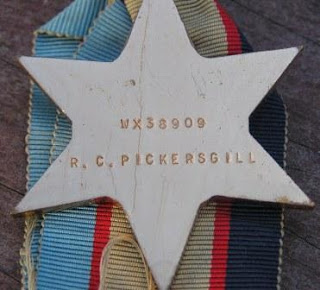 Posted by Lost Medals Australia at 23:15 No comments:

Ivor Reginald Clark served for many years in the RAN. His service card held by the NAA shows he was a medical assistant and ended his service as a commissionsed ward master.
The medal being returned is a Long Service and Good Conduct medal and was sent to me by Ken and Marie Clapham who were determined that the medal be returned to the family. Thanks also to Kev Cummins for acting as the go between.
As part of my research in to Clark I found he was awarded a OBE (Civil) in 1970.
The medal returned tally is now 846. 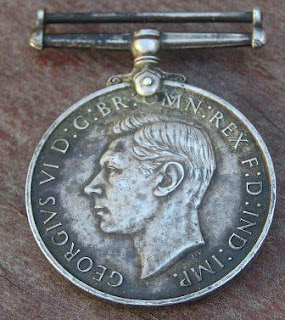 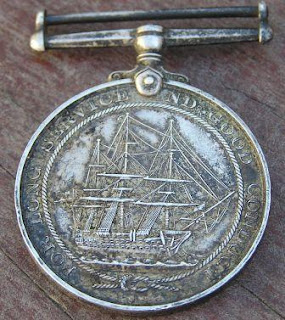 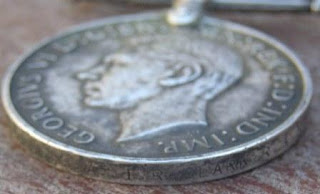 Posted by Lost Medals Australia at 22:28 No comments:

The return of Kenneth Lindsay O'BRIEN's Korean War medals to his wife brings to close a mystery that is over 60 years old.
Samuel SCALES and Ken O'BRIEN both served in Korea, both were awarded the Korea Medal and the United Nations Medal for Korea. During the late 50's or there about, while Ken and Sam were serving together, Sam was called upon to do a ceremonial guard. Not being able to find his medals, his mate Ken loaned him his, to be returned after the parade.
Now we move forward, a long way forward to 2009, by which time both Ken and Sam are deceased. It was at this time that Sam's brother Alf (Lt.Col Alfred SCALES, ED, RFD), now aware that the medals which he and the family believed were Sam's, were not in fact so, started to look for Ken O'BRIEN. Firstly to return to Ken or his family, Ken's service medals, and hopefully along the way find the 'missing' medals of his brother Sam. It was during 2010 that Bill, researching for Veteran's Affairs came across, Alf, and his quest, intrigued as he admits by the story, he offered his assistance, which was graciously accepted.
Last week Bill was able to pass to Alf the name and address of Ken's wife, and so part one of the search has been completed, the second part, where are Sam's original medals, has yet to be answered. Unfortunately Ken's family did not have Sam's medals, and so the second part of the mystery is yet to be solved.
The returned medal tally is now 845. 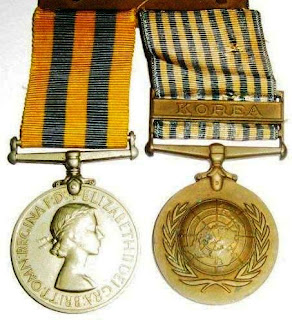 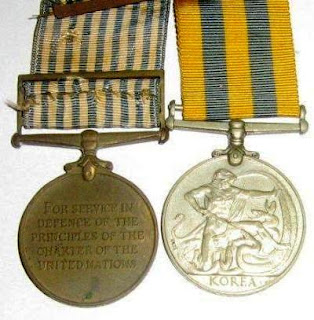 NX113496 Walter Arthur Bisiker served with 55 Composite AA Battery during WWII. His ASM will be returned to his nephew.
The returned medal tally is now 843 and this medal came from the NSW RSL box. 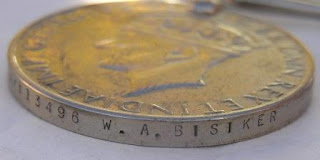 Posted by Lost Medals Australia at 02:41 No comments:

The majority of medals we deal with are those awarded to the Army. Every so often we receive medals awarded to members of the RAN or RAAF.
On this occasion five WWII medals awarded to 22121 Thomas William Henry Pearson RAN‏
will be returned to his daughter.
The retuned medal tally is now 842 and these are from the NSW RSL box.

Pearson update - 13 Jan 11
The family of Thomas Pearson has very kindly provided us this photo of Thomas in uniform. 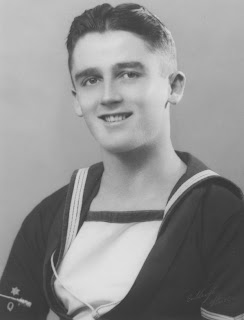 I should have mentioned that the Australian Surname Group assisted us research this family.
This is what Bill posted:
'For Thomas it was a long and hard war, he served on HMAS Kuttrabul, which was torpedoed during the Japanese attack on Sydney harhour. He also transferred off HMAS Perth just before she sailed north to be sunk in a fleet action against the Japanese. He would also serve in the HMAS Staurt on it regular resupply runs into Tobruk, during its seige. In all he would take part in 25 such 'runs'.
He would be one of very few sailors who would claim both the Africa and Pacific Stars, during his service.'

Posted by Lost Medals Australia at 22:40 No comments:

Stanley McCarrol served as NX167154 and N181317. Before Stanley died he had his medals framed for his family to display. How his ASM became separated from the rest of his group is unknown. This medal will not only be returned to Stanley's daughter it will be reunited with the rest of his group.
The returned medal tally is now 837 and this medal is from the NSW RSL box. 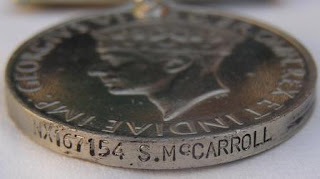 Posted by Lost Medals Australia at 01:35 No comments:

This return marks the first for 2011.
Three WWII medals awarded to NX139346 Sydney Ernest Crelley will be returned to Sydney's son.
The medals returned tally is now 836 and these are from the NSW RSL box. 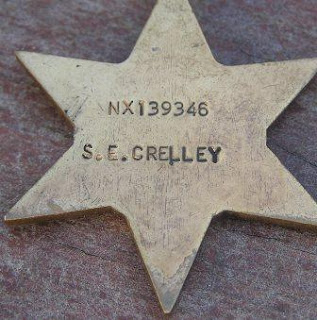 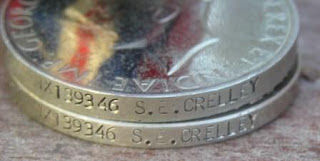 Posted by Lost Medals Australia at 00:30 No comments: