When NX60383 Frederick James Saunderson, passed away in April 1982, his medals were passed by Fred’s wife Regina to their son. That was the last the family saw of the medals till just recently when we contacted Fred’s daughter. To say the least she is overjoyed that the medals have been found.
Following the Fred’s son’s death in Queensland in 2000, the family have been searching for the medals. Always with no result.
We were recently contacted by Steve Eaton of the Queensland RSL to whom the medals have been handed. We have a long relationship with the Queensland RSL so it was great to be able to put our research skills to the test to help them out and track down Frederick’s family.
The returned medal tally is now 1504.
Pictures to follow.
Posted by Lost Medals Australia at 19:50 No comments:


This story marks a significant milestone for us. We have now returned 1500 medals. I’m so pleased that the honour goes to Bill.

"When you start to research your family tree, odd things turn up, such was the case of the WW1 medals of 553 Private Michael James Baldwin. Who was he and how did his medals became ensconced in family of Noelene who engaged us to do the research? It was easy to find Michael’s service history, it was tracing his background and that of his family that proved difficult.
While Michael was one of seven children born to Patrick and Mary Baldwin, only one his brothers, Patrick, established a line that could be traced. Like many of his era, Michael was an itinerant worker, it was while he was in South Australia that he passed away. His widow Mary dying some years later.
Complicating the search for a next of kin was the need to disprove any possible link to Noelene’s family. In the end I agreed with her there was no link. So the question remained how had her grandfather came to be in possession of Michael’s medals, had they ever served together or known one another? That question is still open ended, I have no doubt that Noelene will find an answer. But perhaps what is important is that Michael’s medals are now back with his family, his great niece Lynn.

It was while I was talking to Noelene that she mentioned her son-in-laws grandfather, Joseph Horne and the difficulty the family had in tracing his British Army background, could I help. Normally, Glyn and I try to steer clear of becoming involved in family searches, however in this case I felt that I owed Noelene at least the opportunity to give a go. What I did find out in the end was that yes he had served in the British Army, in India before the First World War, with the 17th Bengal Lancers no less, but unfortunately Joseph’s war records were amongst those destroyed when London was bombed during WW2.
However, I did discover that Joseph had enlisted in the Australian Volunteer Defence Corps during WW2, as a result was eligible for the Australian Service Medal 1939-1945, and the Civilian Service Medal 1939-1945.
Shortly after emailing Noelene the above with regard to Joseph, I forwarded an application for the posthumous issue of medals and clasps to Joseph’s son. Now while he may not have all his grandfather’s medals he does have those of Joe’s last service to his King and Country."

I'll add a few extra details to this story. Michael was a member of the 8th Light Horse Regiment. The regiment is most famous for forming the first 2 waves in the charge at the Nek. This story is tole in the film Gallipoli. This charge occurred on 7 August 1915 but Michael didn't participate as he had been wounded in action on 2 June 1915. He received a bullet wound to his left hand and had a finger amputated. Michael's service record is extensive and has 105 pages. What I find interesting is that on page 104 there are three stamps to show that his medals were returned in 1923.
The returned medal tally is now 1500. 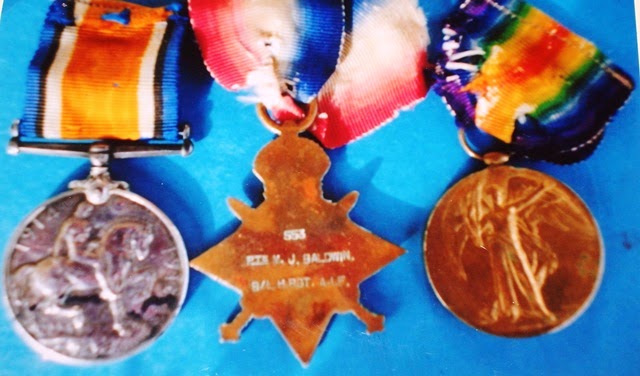 If only all searches were this easy.
Late last week I received the WWII War Medal awarded to 41143 FSGT James Lee Goodwin from my friend Sandra. Luckily, James' 97 page RAAF service record is available on line. While there were some clues I could use, I also found James on a family tree on Ancestry.com.au. I sent off a message to the tree owner and shortly after received a reply. To my very pleasant surprise Elizabeth was able to connect me with James' daughter, Pat. Over night I had an email from Pat and I can now return the medal.
Thank you very much to both Sandra and Elizabeth. The returned medal tally is now1497.

James and Pat (reproduced with kind permission from Elizabeth) 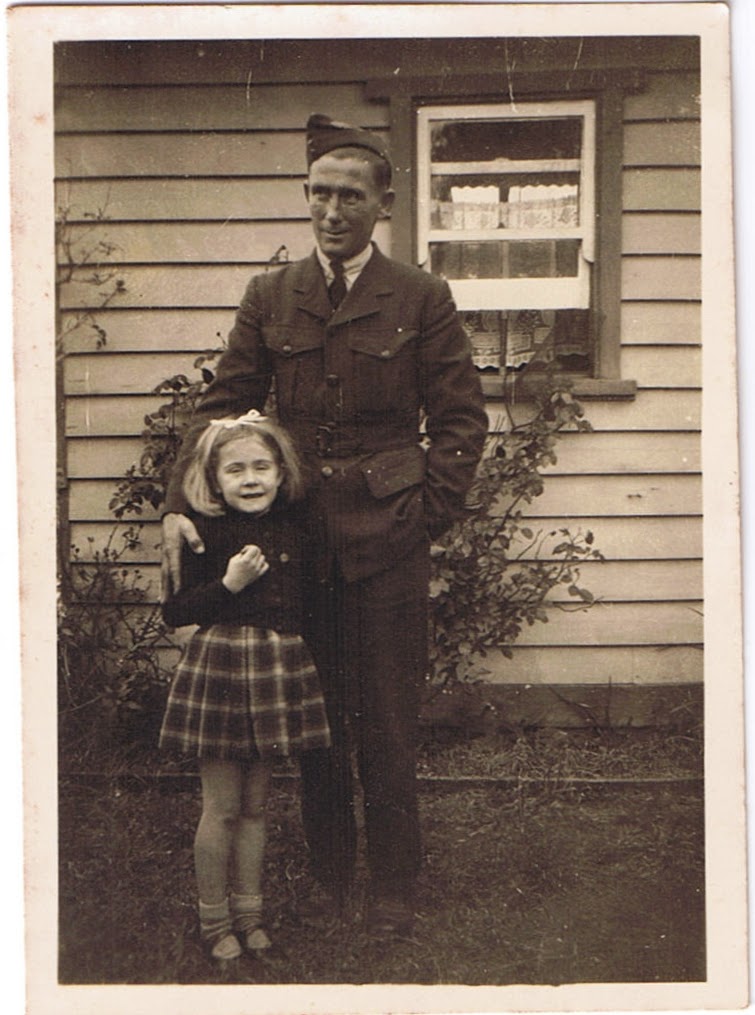 I received the WWII War Medal awarded to SX31933 Francis Patrick Connolly from Michael P in May 2014. Fortunately, Francis is included in several family trees on Ancestry.com. From this I was able to determine a relative of Francis and will soon return the medal to the family.
The returned medal tally is now 1496. 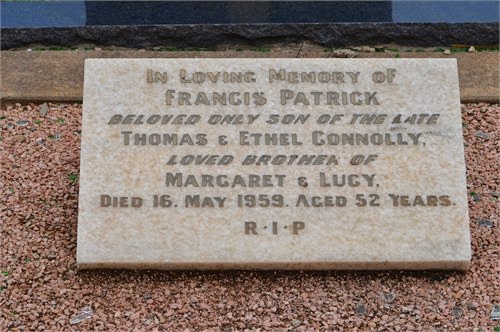 
Here is Bill's story about our latest return:

There are times when Glyn and I sit down to write up our research and we determine that consideration for the family takes precedence over the story. Such is the case of the search for the family of VX51577 Clarence Bernard Moore, whose medals were found along with those of Clement Handley in a rubbish bin in North Laverton.
Frank, who found the medals contacted Jude Beshears at the RSL Victorian State Branch HQ and was referred to me. It says something for Frank’s quick action in that we spoke on a Friday morning at 1000 and I picked up the medals from the Watsonia RSL at 1830 that evening.
The search for the next of kin of Clarence took less than a week before Glyn had located Jacquie, Clarence’s Granddaughter.
Shortly Jacquie and I will arrange for her Grandfather’s medals to be mounted. And so a veteran’s medals that were never mounted, stolen when Jacqueline’s mother was only a child and can never remember her father wearing them, are ‘home’.

Thanks to Jacquie for permission to use the photo of Clarence. The returned medal tally is now 1495. 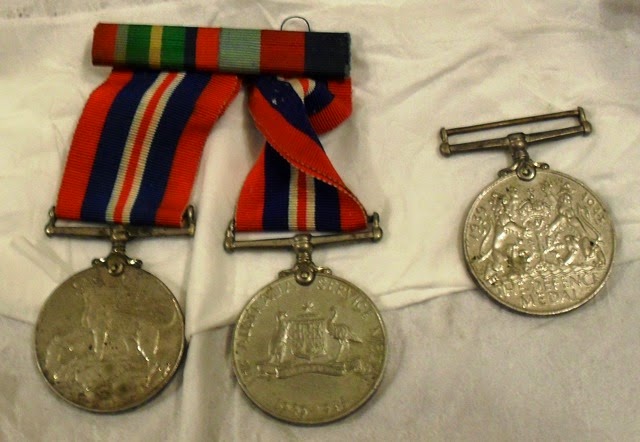