3433 James Albert Green was from Tasmania and served with 1st Divisional Artillery Column. His service record is a bit more detailed than most I have come across. This is because there is a considerable amount of correspondence from the family who took him in when he was young. This all gave some detail about his younger life and hints to the geographic area he came from. This was the clue I needed that led me to a distant relative and in turn the name of James' son which was Gerald. There is also a letter from a Mrs A Dillion which turns out to be his future mother in law. What this letter didn't give was the name of James' fiancee which I now know to be Patricia.
The hint about Gerald led to James' grand daughter who lives in Melbourne. Bill found her through the Electoral Rolls. After the war James was a miner and worked around Victoria. However, the medal was sent to me from near where he lived in Tasmania. I wonder where it has been since it was sent to James in the early 1920s?
The returned medal tally is now 668. 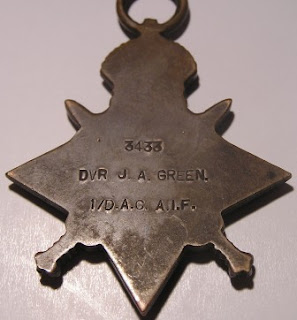 Posted by Lost Medals Australia at 19:19 No comments:

The search for the family of QX17878 Phillip Bass has been a difficult one. I've had his Pacific Star for eight years after it was given to me by the QLD RSL. As was a common occurrence for WWI and WWII, birth dates were sometimes manipulated to bring volunteers in to the required age limits. This is what appears to Harv been done by Bass, so matching up the records has been difficult.
This link to Yuku shows the amount of detail our researches go to. Bill also learnt a valuable lesson about the names Sydney and Sidney. Time for more coffee Bill.
The medal will now be returned to the nephew of Phillip Bass.
The returned medal tally is now 667. 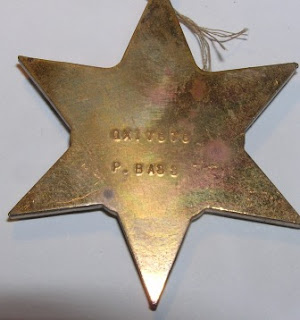 Posted by Lost Medals Australia at 18:20 No comments:

N273320 Henry Joseph Chivers Australian Service Medal was sent to me in May 05. The search fro Chivers' family has been quite difficult as Henry used a different birth date from his real one when he enlisted. This was not an uncommon occurrence at the time. Details of the search can be seen on Yuku.
We now know that Chivers' medals went missing 40 years ago when the tin they were kept in was mistakenly thrown out during a house move. Where this medal has been for all those years is unknown, however, it has lived a hard life. It is now very dull compared to other examples and the surface is quite pitted. As can be seen in the pictures, the image of the King and the naming are quite hare to distinguish.
The returned medal tally is now 666. 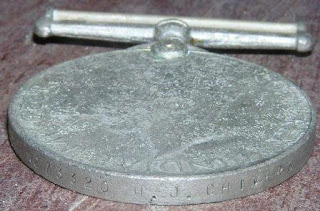 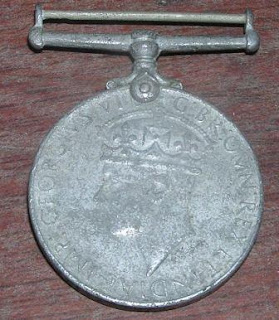 Added 3 Jul 10.
I have recently received this photo of Chivers from his family. 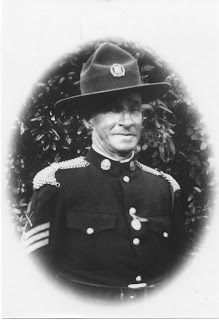 Posted by Lost Medals Australia at 17:07 No comments:

These medals were awarded to Jason Van Den Heuvel for recent service in the ADF, including for active service in East Timor. The medals are the Australian Active Service Medal and the Australian Defence Medal. The AASM is an official replacement issue as can be see by the (D), indicating duplicate. after the name.
The returned medal tally is now 665. 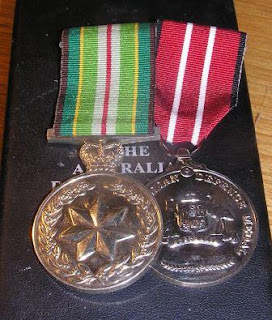 Posted by Lost Medals Australia at 16:40 No comments: