51892 Joseph Zaltzman was one of those Australian servicemen who is not from the typical Anglo-Saxon background but none the less answered the call to serve. Born in Petricov, Russia, he moved to Australia and served in the RAAF. His family settled in Israel, however, Joseph became a nationalised Australian. He died in 1970 in Sydney.
We ran in to many dead ends while searching for his family and as it turned out a misspelling of his surname when he died did not help us.
Today I received a fantastic email from one of Joseph's relatives who lives in Tel Aviv. They had come across Joseph's name on our website.
The medals have had a bit of a hard life and as can be seen in the pictures the suspenders have been broken off.
The last photo has been provided to me by the family. The man in the suit is Joseph, the picture was taken overlooking the Bay of Haifa and taken around 1960-61 when Joseph visted his family in Israel.
The returned medal tally is now 554. 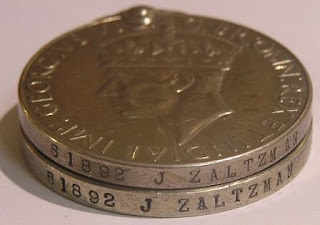 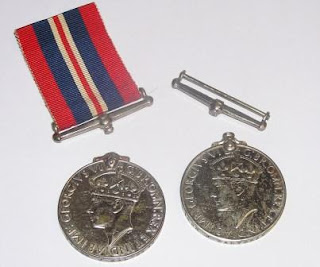 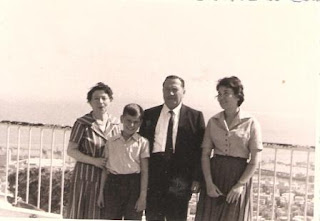 Posted by Lost Medals Australia at 18:22 No comments:

Recently we returned a WWI trio awarded to 1028 Lance Sergeant William Norris. The family have very kindly provided some photos that make this story come to life. The following is the contents of an email I received:
'I thought the attached pictures of the field hospital at Rennes in 1917, presumably taken with Father's camera, might be of interest. My father is the one with his arm in a sling (because of the shrapnel damage). The snaps were sent to my mother by one of the nurses in the picture. She remembered how he helped more seriously wounded patients.'
Thank you Barbara. 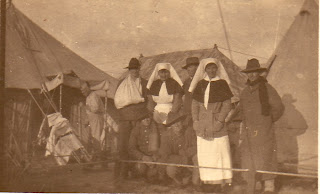 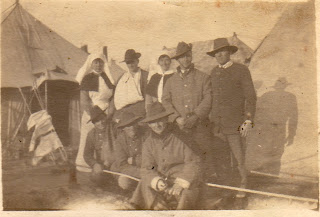 Posted by Lost Medals Australia at 08:34 No comments:

This pair of WWI medals was awarded to 3678 CPL Arthur Frederick Atkins who was Prisoner of War after being listed as missing in action in April 1917. He was eventually repatriated in December 1918. As you can see by the pictures the ribbons have deteriorated considerably.
Medal returned tally is now 552. 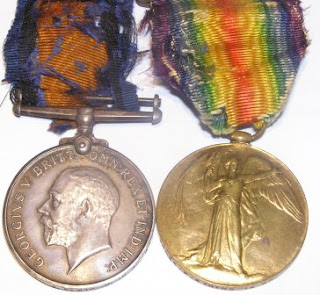 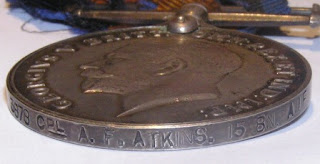 Posted by Lost Medals Australia at 15:43 No comments:

A punt that paid off

I recently received the WWII War Medal awarded to NX135212 Joseph William Browning. It was sent to me from a contact in Australia Post who forwards me medals that come loose in the mail. All I could find out about Browning is that he was from Lismore, NSW.
I've previously had considerable luck locating people in this region by placing a letter to the editor in the Northern Star paper. So I took a punt and wrote to them again and sure enough they published my letter in this mornings edition and tonight I received emails from two of his daughters. I'll return the medal to the family very soon. In the picture you will see a 'D' after Browning's name, this indicates the medal is an officially issued duplicate.
The medal tally is now 550. 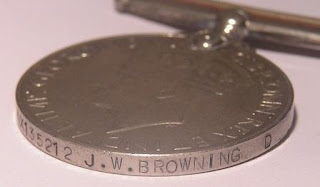 The WWI trio awarded to 1028 Lance Sergeant William Richard Norris come with a very interesting story. When I first accessed his service record I came across a very unusual entry. Norris was court martialed for possessing a camera and taking photos. Today every soldier has a camera on them and they take photos of everything. To read about this particular is a real reflection of the times. Norris was also wounded in action and I'm told by his daughter that he carried shrapnel in his shoulder all his life.
His medals are in near mint condition having never been worn and still have the original ribbon.
This brings the medal returned tally to 549. 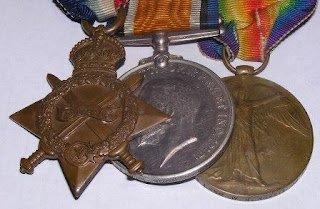 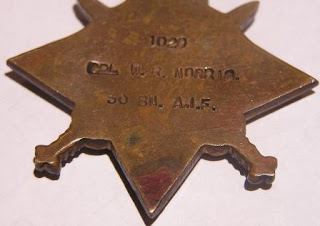 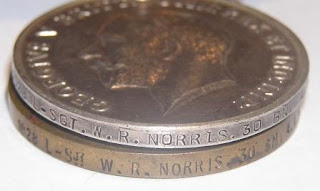 I usually only post the story of a medal after we have located the veteran or family. In this case I thought I would list a medal with pictures in the hope that I might get a hit if someone does an Internet search for him.
This search is for 24018769 SIG L.H. Jefferies Royal Signals. His GSM, with Malay Peninsula clasp, was found in a house in Canberra. It is believed that someone by the name of Jefferies lived in that house, but not recently.
I've had no luck with any enquiries back to the Royal Signals Association nor through some other contacts I have. I have one option which I'll try next week but in the mean time here are some pictures of Jefferies' GSM. 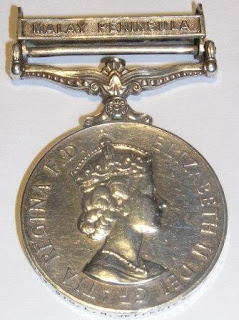 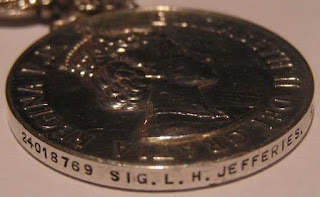 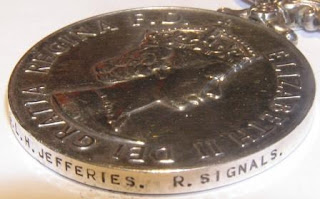 Posted by Lost Medals Australia at 14:03 No comments:

Where do the medals come from?

I'm often asked where I get all the medals from. In the welcome post and on our website I mentioned that I started out by buying medals but now all are donated to me. Those donations come from Government agencies, members of the public, ex-service organisations or police services. Those that come from police services have either been handed in after having been found or are recovered from a theft. I'm always happy to accept these donations and do the research to locate the family.
This WWI Victory Medal is one example of a medal being forward to me by the Victorian Police, with who I have a fantastic relationship. The soldier, 3215 LCPL Richard William Newport was from WA and enlisted in 28th Bn. He saw active service in France. Following discharge he moved to Victoria and he obviously lost his medal while living there. However, the search for his family lead Bill back to WA where we located Newport's nephew.
The returned medal tally now stands at 546.

Posted by Lost Medals Australia at 12:41 No comments:

One of the links on the right hand side of this blog is to the Australian Surname Genealogy Group. These wonderful researchers have been very helpful and kind to us as we look in tot eh back ground of Australian servicemen as we try to locate their families. This particular case is yet another example of the great assistance provided by the 'Yuku Ladies' as Bill calls them.
This WWII War Medal awarded to QX59310 Hal Stephen Byrne is now on its way back to the family and is the 545 medal returned by Lost Medals Australia.

Posted by Lost Medals Australia at 06:42 No comments:

In a previous post I described how I often get requests to research military items other than medals. I have recently been sent a silver cigarette case inscribed with the name LIEUT MACVANE. Maffra Willaim Bushby MacVean was awarded the Military Cross in 1917 for actions in the Pozieres area. He survived the war.
While MacVean married he didn't have any children. However, we managed to track his family through another military connection. His nephew was Admiral Gordon John Brantone Crabb who was awarded the DSC during WWII. 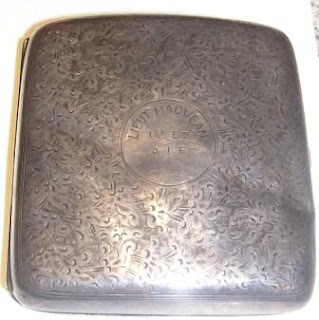 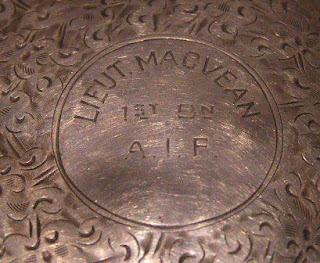 Posted by Lost Medals Australia at 05:53 No comments: