Some stories just can't be told

Over the years I've returned some medals that for one reason or another I haven't posted any details. The reason are a little varied but generally revolve around a desire by the donor or the family not to be identified. Every now and the the story about the soldier is one where discretion needs to be maintained. I've had three such cases in the last couple of weeks and I have chosen not to publish any details out of respect to one or more of the parties involved.
I hope readers understand these circumstances.
The returned medal tally is now 1425.
Posted by Lost Medals Australia at 20:41 No comments:

This search commenced in October 2013 when the WWII War Medal awarded to S42465 Dave Frederick Hart was sent to me via my friend Sandra. Hart was from South Australia and as most family history researchers know, the available records from SA are a little thin compared to other states. I did find that Hart had three children but other than their first names I had no other information.
I recently found mention of Hart on an Ancestry family tree from Chris C. Chris had contacted a distant relative and was able to provide me the married names and spouse's names of all Hart's children. Armed with the initial of Hart's son and his wife I found a similar entry in the White Pages so I took a punt and gave the number a call. Sure enough I had the right family.
Thanks go to Sandra and Chris. The medal will be on its way to David Hart's son in the near future.
The returned medal tally is now 1417.

The Steele research is resolved. It is quite complicated so I'll have to spend some time writing it up and consulting with ABC about a follow on story.
Posted by Lost Medals Australia at 12:08 No comments:

The search for the family of Samuel James Steele

This is a link to my latest collaboration with ABC Online about Samuel James Steele.
Posted by Lost Medals Australia at 18:25 1 comment:

S8355 Able Seaman Fred Hayes served in the RAN during WWII. He married a little later in life and didn't have any children with his wife Daphne. It is though Daphne's family that I've located a family member who I'll send the medal to in the near future.
Thank you to Anna G who pointed me in the right direction and to Bob GG who provided me with some additional information and to whom I'll send the medal. This medal was originally sent to me by the Dee Why RSL.
The returned medal tally is now 1416.

This has been another difficult search for several reason.
After I received the medals from the NSW RSL, via the Wauchope Sub Branch, I found there was something not quite right. The medals are named to WX731 J. Miller. However, this number was allocated to Cecil Fitzgerald. A bit of effort revealed that our man was actually VX731 Joseph Miller. I have seen mistakes on medals before but they are not common and usually the veteran will return them for correction.
Once I sorted out who was who the long task of finding a family member started. This then proved to be the second and more difficult hurdle. Bill and I enlisted the Australian Surname Group but all the leads were dry holes.
That was until today when I received a surprise email from Laurie who is Miller's nephew. He had come across listing on the web and got in touch. Another nice addition to this group is that Miller was Mentioned in Dispatches.
The returned medal tally is now 1415. The pace is picking up a bit. 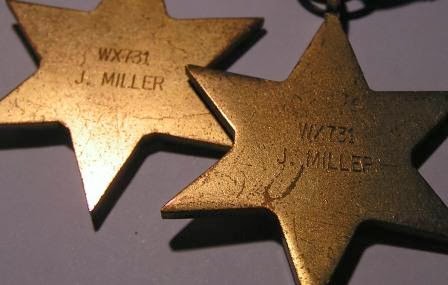 The first thing I found out about 60474 Flight Lieutenant Arthur Leonard Manning Smith was that he died of disease in 1946. This information led me to an entry on the Australian War Memorial site and also the RAAF casualty data base. This last link held a surprise by including a photo of Smith's headstone which I've added below.
The next step was to look for the WWII service record which I found on the NAA website. This record makes interesting reading and surprisingly a photo of Smith (on the first page of the record).
Smith's NOK was listed as his father so there was no wife or children to look for. As far as I could work out he was an only child so back I went through his parents families. His mother's maiden name was Sevenoaks which made the search a little easier. This lead me down the line of Smith's uncle. Today I spoke to Smith's second cousin and will send the medals to Eva in the near future.
The medal is one which I don't see to often it is the France and Germany Star primary awarded to
aircrew.
Thanks go to Vicki D who sent me this and medals to three other soldiers.
The returned medals tally is now 1410. 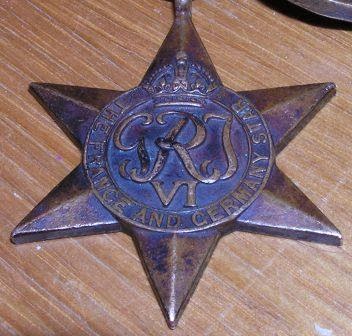 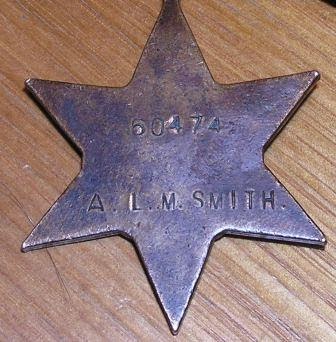 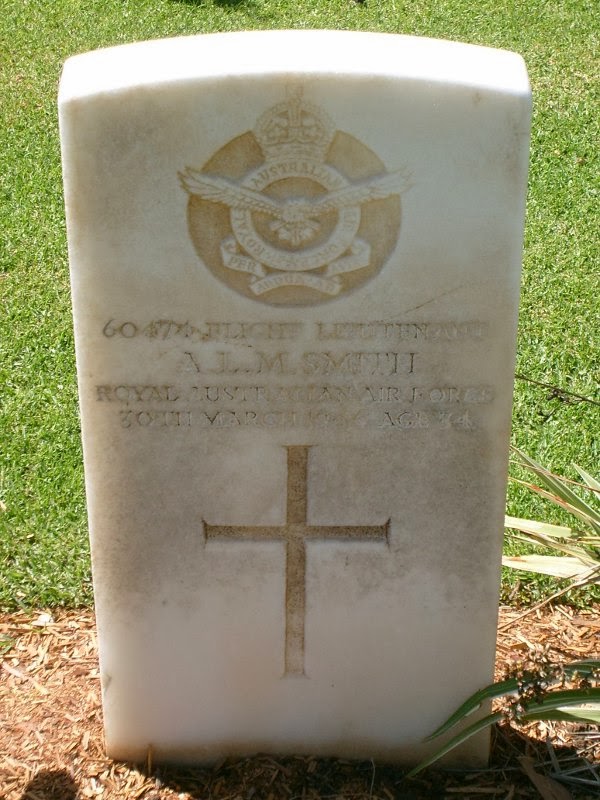 Things have been a little quite recently so I have been busy reviewing old cases. Today I pulled out the card of Private Samuel Yeardley who I first wrote about 4 years ago. This is what I posted at the time:

I recently received a Queens South Africa Medal awarded to PTE S.Yeardley Cape Medical Staff Corps. I decided to put up a post now rather than wait until the search is resolved as the medal is not one I usually deal with and putting Yeardley's name out on the Internet might pull in some more clues.
Through the British Medal Forum I was provided a link to the Boer War nominal roll that has Yeardley's name although spelt Yardley. I also found the original of this list. Unfortunately neither gave me a clue as to where Yeardley came from. I took a punt and searched the AIF data base and got a hit. I got a bit excited when I saw he was an MM winner but nothing linked the S. Yeardley of the Boer War to the S. Yeardley of WWI. So off I went to the Australian Archives and found this record. On the first page was a clue that they might be the same fellow. In answer to the question about previous military service there is the comment; '12 months 21th Field Hospital Anglo Boer War'. This is by no means conclusive but a very strong link.
Making the assumption that they are the same fellow I started searching the NSW BDM as WWI Yeardley was discharged in 2 MD (NSW). Given the clues from the service record I located some details for Samuel Yeardley who married Doris Parr in 1924 and died in 1961. Doris was born in 1891 and died in 1978.
Bill posted all this on Australian Surname Group and they have found some great information. I'm sure that it wont be long until a relative of Yeardley is found and in the mean time here are some pictures of his QSA.

Well my last sentence proved to be completely wrong.

Having exhausted the all the clues linking Doris to any close relatives I had to move further afield. Doris was the daughter of Samuel Herbert Parr and Elizabeth Mary. Doris had four siblings who either didn't marry or died young. This then led me to the siblings of Samuel Herbert Parr. One of which was John Fillingham Parr. John married Elizabeth Dennis and they had three children; Thomas Leslie, Ada Millicent and Stanley Guy. Thomas died having not married and I can not find any about Ada other then the record of her birth. I now know that Ada didn't marry. So the next line of inquiry was through Stanley, Doris' first cousin.
Stanley Parr married Katie Margret Carrington Hardcastle. They didn't have any children Kaite was one of 9 children, four died as children, four didn't have any children, however, one sibling had one son, John.
John is a WWII veteran and now in his 90s. I spoke to him today and he as very clear memories of Stanley. Even though he is a distant relation by marriage to Samuel he has kindly agreed to become the custodian of Samuel's medal.
Thank you to Henry C who sent me the medal on 16 Feb 10. Afteralmost 4 years this search is finally over.
The returned medal tally is now 1409. 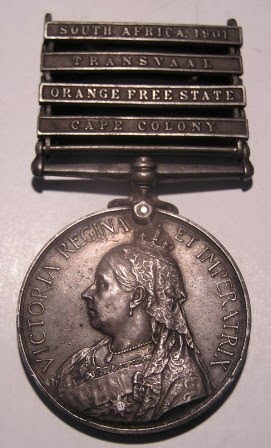 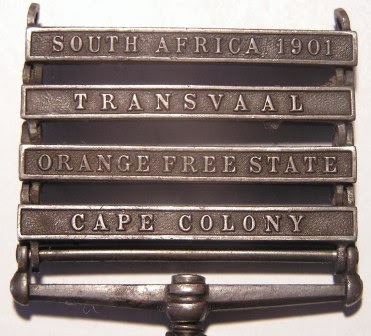 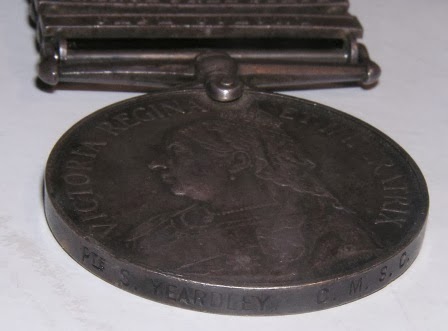