This pair of WWI medals was sent to me by the WA RSL. They were awarded to 21904 Samuel Cryer. Samuel served in the Border Regiment but the details I had on him were rather thin. After revisiting this search on several occasions I found Samuel included on the Ancestry family tree of Teresa F.
After I contacted Teresa she passed my details to Samuel's grand daughter who has recently been in contact with me. I'll be sending these medal back to the family in the near future.
The returned medal tally is now 1437 (there has been another return in recent days which I'm unable to publish the details about).

This medal was also sent to me by Garry J who sent me the WWII War Medal awarded to 254982 Douglas Yule Thomson.  It is a WWI British War Medals awarded to 4529 William Edward Lord, 9th BN AIF.  Once again, thanks to Ancestry.com.au, I quickly found William on a family tree. I fired off a message and I have now been in contact with William's grand daughter, Anne. I'll arrange to send her the medal in the near future.
Thanks once again to Garry. The returned medal tally is now 1433.

Every so often I receive a request from a Police force asking to research some medals they have come across. The circumstances usually involve a theft and sometimes there is some need for some prudence with the details. Last week I received a request from the WA Police about just such a discovery. Based on the name, which was a we known Perth family, I was able to point the police in the direct of the veterans son.
Today I was informed that the family has been contacted and the medals will soon be returned.
The returned medal tally is now 1432.
Posted by Lost Medals Australia at 19:09 1 comment:

This is a very short post, a little like the amount of research that when in to it.
Last week I received the WWII War Medal awarded to 254982 Douglas Yule Thomson from Garry J. As soon as I saw the hand engraved naming I know it was a RAAF issue.
Yesterday I got down to doing some research and within seconds of starting I had, via Ancestry.com.au, a lead on Donald's family. Within a minute I had sent a message to the tree owner and today I received a response from Donald's son David. I'll arrange to send him the medal in the near future.
Thanks go to Garry. The returned medal tally is now 1427.
The photo shows hand engraving which is typical for RAAF WWII medals.

Posted by Lost Medals Australia at 20:08 No comments:

This particular search started when I received an email from Major Dan H. Dan had a 1914-15 Star awarded to 2248 PTE Samuel James Steele. When the medal arrived I was immediately intrigued by the unit that Steele was posted to - the 2nd Remount Unit. I knew what this type of unit did but I'd had not seen a medal to this unit before. The AIF remount units received, prepared and forwarded horses to light horse units fighting in Palestine. Steele's service record gave me several clues about him including his wife's name, his place and year of birth and some correspondence in the 1940s with his address. Usually this amount of information is sufficient to provide a clear linage to the current generation.
In this case I was totally wrong. Each lead in the service record yielded nothing. There was also a large discrepancy between the place of birth listed on the WWI enlistment papers and what was later stated in a Salutatory Declaration. The usual sources that I access gave me no new leads, I really hit a brick wall. I couldn't move forward so I looked backwards.
Steele's WWI record mentioned in two locations that he had served in the Boer War. This was the first real break through and the following story unfolded.


Mention of the Boer War battle at Wilmansrust may spark little or no recognition these days. Several articles have been written about this action in recent years; however, the event seems destined to fade into Australian Military History largely unremembered. Taking into consideration that the battle itself was more obscure than many others in which Australians have fought, this is perhaps not surprising, but the subsequent scandal following the event is worthy of recognition. This scandal had a significant impact on decisions that were later made concerning the fledgling Australian federation’s military force.
I stumbled upon the name Wilmansrust quite by accident as a result of the brief mention that Steele served during the Boer War. Subsequent research unearthed the story of the Wilmansrust battle, the subsequent scandal and 1142 Private James Steele’s role tumbled out.
It took a while to confirm, however, it is certain that 2248 Private Samuel James Steele and 1142 Private James Steele are the same man. That was the second significant piece of research that went in to this story. This is a picture of Steele published at the time he departed for the Boer War. 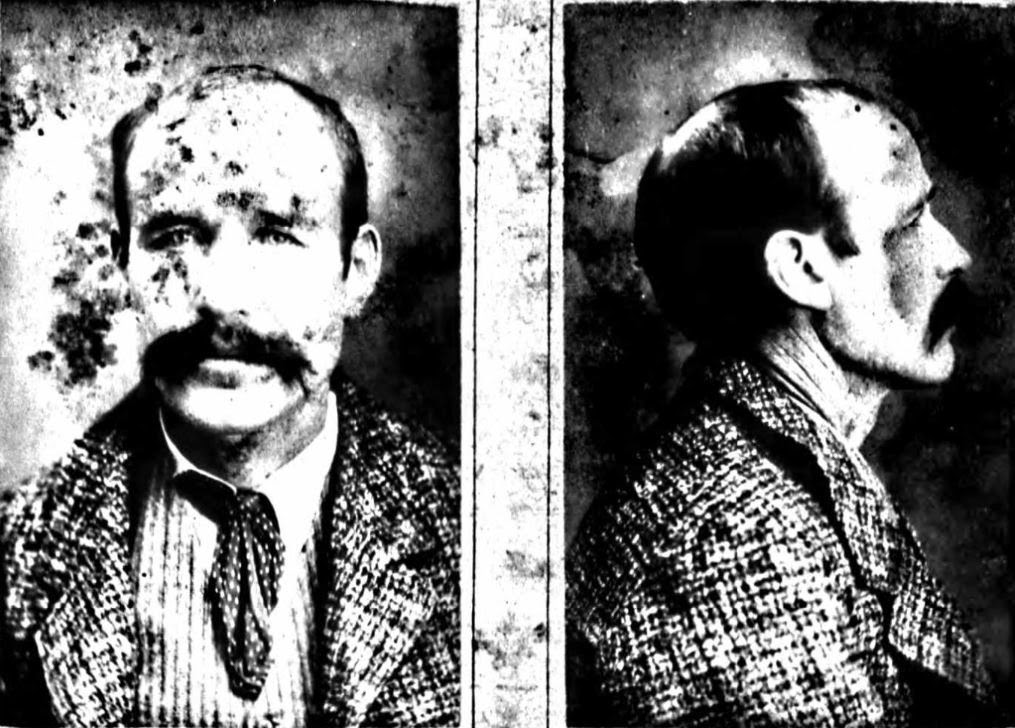 WWI.
Samuel James Steele next appears in official documentation at his enlistment, aged 46, for service during WWI. Steele’s service record shows that he was living in Queensland when he enlisted, and that his wife’s name was Jessie. While the enlistment attestation paper mentions his Boer War service there is no specific mention of Wilmansrust.
Steele made it to the theater of war in late 1915, which made him eligible for the 1914-15 Star. He was also awarded the British war Medal and the Victory Medal. Steele returned to Australia and was discharged in Brisbane.His service record shows that disciplinary action was taken on several occasions and were related to alcohol use.
There is no evidence of him on the electoral rolls, nor on any of the ‘births, deaths and marriages’ rolls in either Queensland or Victoria. A letter from 1943 that appears in his service record shows that he was living in Melbourne at the time, but after that there are no further records on him.

So, despite all this information I was really getting no where. Following the success of the McCarthy story I contacted Jennifer King from ABC to see if she would be interested in another story. The end result was this online edition.
The story generated considerable interest. I had hoped that a relative would read it and come forward. No such luck. What I did get were emails from several people each of who had a small piece of information. It took me about a fortnight to piece everything together but I eventuality work out a family tree.
Samuel James Steele was the son of James (John) Steele and Elizabeth Conway. The family was from Ballarat. I think that the place on birth that Samuel James gave on his WWI papers was a ruse. This town was Korumburra and on the opposite side of Victoria to Ballarat. One of Samuel James' sisters married in to a family from there so I think it was adopted as the place of birth. John died in 1887 and this is his head stone.

One of Samuel James' sisters married Walter Blews from Korumburra and it is Walter who is the brother in law that Samuel James wrote to from prison. Another sister, Elizabeth married Albert Alway and it is this branch of the family that I was able to follow. I got as far as the current generation but once again I went back wards in this search.
The one constant piece of information that I had for his family is that from about 1900 they lived at an address in Camberwell. It kept cropping up in the electoral rolls. I was eventually put in touch Elizabeth's grand daughter, Jean, who is alive and well aged 90. Jean only sold the Camberwell home 4 months ago to move in to a retirement village. Jean was able to confirm all my research and add a bit more. It would appear that Samuel James was referred to a Jim and he and Jessie weren't actually married but lived together for many years. Jim was living in the Camberwell house at one point when Jean was a toddler which is an amazing link with this research. Jean is Samuel James' great niece.
I'll be sending the medal to Jean in the near future. I've individual thanked all the people who were able to assist me with this search, however, I would like to single out Jen King for her assistance. The extent this body of work is also one of the reasons that there has not been many other stories posted in recent weeks. The returned medal tally is 1426. 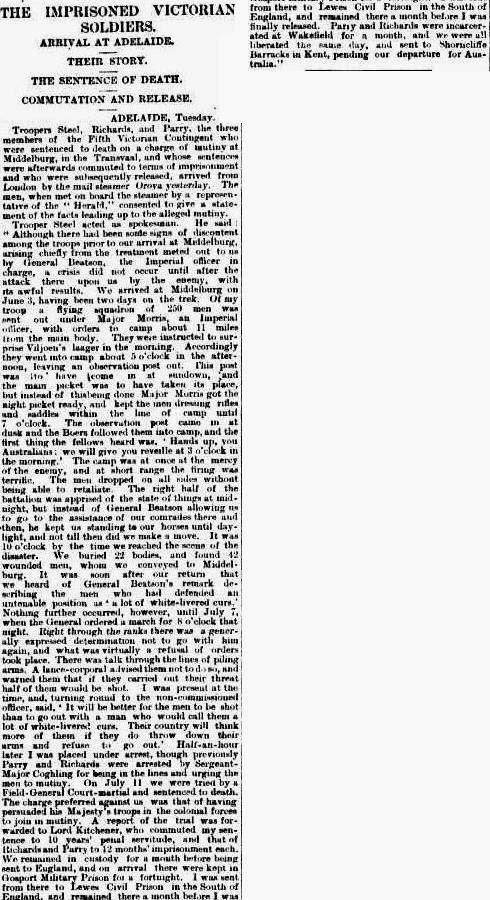 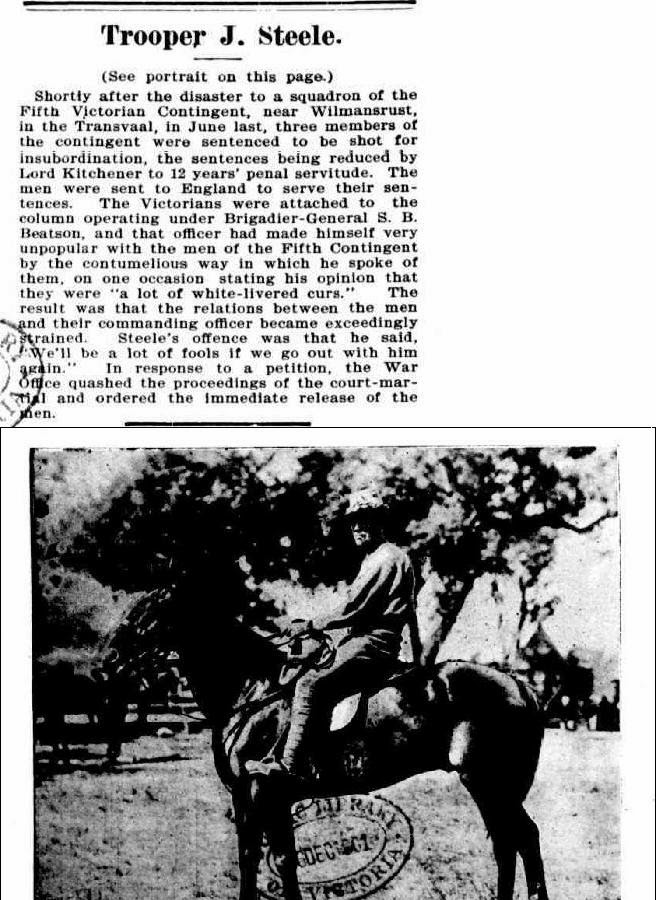 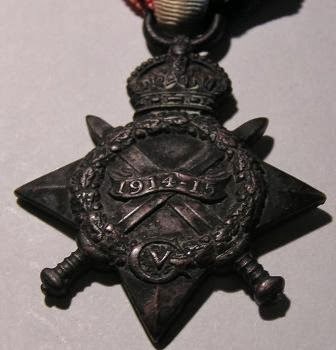 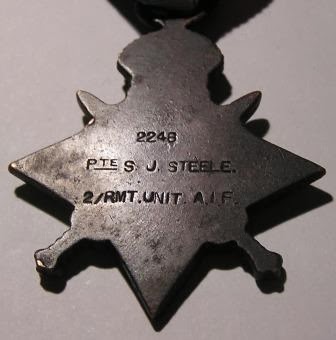