When I commenced returning medals my only source of medals was to buy them from second hand stores and the like. It didn't take long until organisations like the RSL asked me to take on the task of researching medals that had been handed in to them. I now have very few of those first purchased medals left to return.
Once such group is the WWII broken group to SX28928 Leslie James Benton which I purchased in 2000. So after over 8 years Lost Medals Australia has now returned these medals to Benton's son. Where they have been before I purchased them is a mystery. As can be seen in the pictures they are fire damaged so have had a pretty hard life.
The medals returned number now stands at 442. 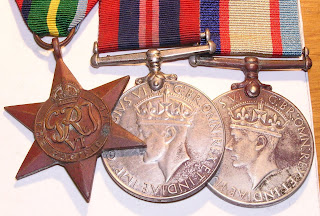 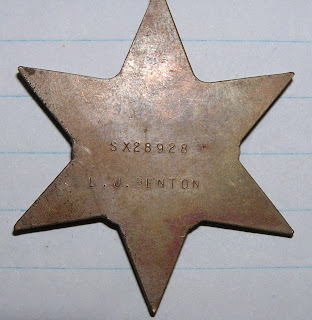 Posted by Lost Medals Australia at 16:34 No comments:

This week Lost Medals Australia located the family of NX194818 Christoper Duncan Hinde. The medals have now been sent back to the family bringing the total number of medals returned to 439. 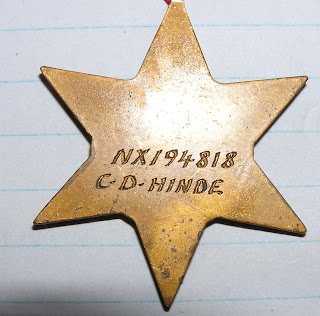 Posted by Lost Medals Australia at 16:26 No comments:

Lost Medals Australia is very pleased to return the WWII War Medal to the family of QX24178 Robert Diggles. This medal has been separated from the rest of Robert's medals so this return will reunite the group. While it has been lost it has had a hard life. It is quite tarnished and as you can see from the picture the engraving is a little hard to read.
This medal is number 432 that has been returned.

Posted by Lost Medals Australia at 18:57 No comments: