This search covers three countries and four generations making it rather complex.
I received the WWI British War Medal awarded to 2nd Lieutenant Cyril Leonard Knight is 2012 from Rodney D. Rodney lives in Jurien Bay which is a pretty remote town in Western Australia. As the BWM didn't have a unit or 'AIF' impressed on it I thought it was possible that Cyril was an officer in the British Army. I soon found his medal card which lists him as serving in the 2nd London Rifles and the 8th Lancashire Fusiliers.
The next bit of information was a ship's passenger list from 1922 which shows Cyril emigrating to Australia with his wife Paquet Marie Erestine Gaudioz. Cyril's occupation is shown as a photographer. The lived in the WA goldfields.
Cyril and Paquet had a daughter, Diana, who served in the RAAF during WWII. However, the record shows that her married name in Beckel as she had married a US serviceman, Francis Joseph Beckel in 1944. Cyril also served in WWII.
Paquet died in 1945 and Cyril married twice more.
Armed with the Diana's married name I found a family tree on Ancestry which also that included Francis Joseph Beckel jr. An interesting additional piece of information was that his father, Francis Joseph Beckel snr served in the US Navy during WWI.
It took a while to determine that Francis' and Diana's daughter was named Karen and married Stanley Dickson. It was Karen's tree I had found. I fired off a message but did not receive a reply. I followed up several times but got no where.
Last week Anne asked for my notes so that she could have a fresh look at my research. She soon came back with a vital piece of information which explained a lot. Karen had died in 2014. Anne had also found the name and contact details of Karen's daughter who we have now been in contact with.
Cyril's great granddaughter is also named Diana and is a photographer.
Thank you so much to Rodney for sending me the medal. Thanks also to Anne for bringing all this together.
The returned medal tally is now 1827.

This is the head stone of Francis Joseph Beckel jnr 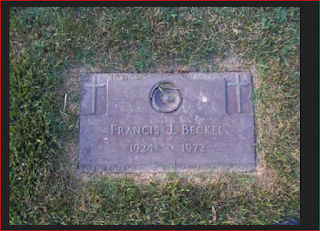 This is the head stone of Francis Joseph Beckel snr 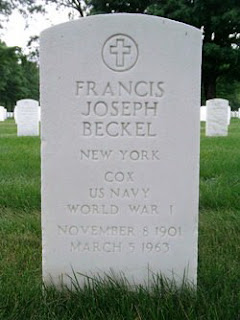 Posted by Lost Medals Australia at 20:27 No comments:

To commemorate the 50th anniversary of the evacuation of Gallipoli a bronze medallion was issued. Surviving Anzacs received a lapel badge with the medallion while the NOK of deceased veterans had to apply for the medallion.
This example was presented to Joseph Morris Zines who enlisted in WA at the age of 19. He was born in St Petersburg. Joseph didn't marry but had a brother, Harry, who had a family I could trace. I've recently spoken to Joe's nephew who I'll send the medallion to soon.
Thanks to Steve P who sent this to me.
The returned medal tally is now 1826. 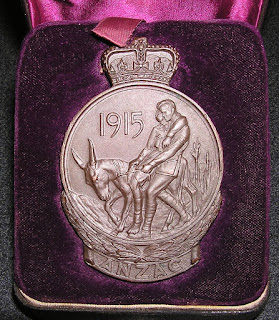 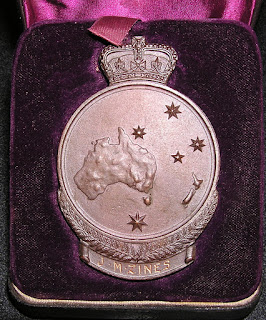 Posted by Lost Medals Australia at 13:40 No comments:

This search had me stumped for over 6 years. I first received the WWII medals with a Navy long service medal awarded to 18290 John Edward Greaves from Barbara G in 2010. Since then the search has been frustrating.
John initially enlisted in the RAN in 1927, he served through to 1945 which made him eligible for a long service and good conduct medal. He was easy to track up until 1968 but then nothing. Anne W revisited my research recently and found John's son who I spoke to today. I'll send him the medals in the near future. Well done Anne.
The returned medal tally is now 1825. 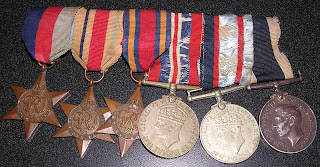 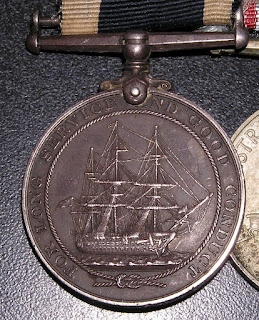 Posted by Lost Medals Australia at 14:23 No comments:

I was first contacted by Chris B for over a decade ago about some research he is conduction. To my pleasant surprise he emailed me again recently but this time it was about some medals he had through a family connection. The two groups are pretty interesting.
The first group was awarded to Ernest Armstrong McCabe who served in WWI and later in WWII. The second group was awarded to his son, Ernest Victor Armstrong, who was aboard the HMAS Sydney when it was sunk off the WA coast.
I soon found the McCabe family on Ancestry and the family tree owner is Ernest Armstrong McCabe's grand daughter.
The returned medal tally is now 1819. 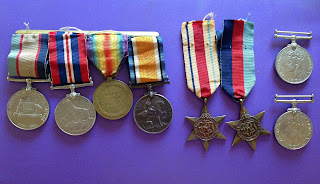 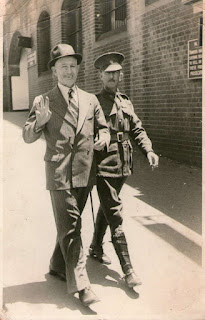 Ernest Armstrong McCabe (in uniform) with his brother Gus 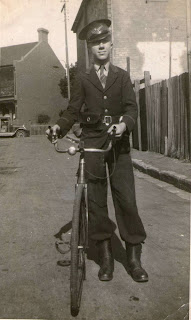 I'm often asked how medals get lost. One of the most common occurrences is when a medal falls off a jacket on Anzac Day. In the days following 25 April I get many people contacting me having either lost a medal or found one. This story is about an Anniversary of National Service 1951 - 1972 Medal that was found on Anzac Day 2016.
The medal was found in Fremantle, WA and handed in to the Rockingham Police Station. Senior Constable Nat G contacted The Directorate of Honours and Awards and Liz E referred Nat to me.
The name on the medal was MW Lee which made it a bit difficult to narrow down the former nasho. A contact of mine, Wayne W, was able to provide Mr Lee's full name and date of birth. Based on this additional information Nat was able to determine Mr Lee's contact details.
A great result achieved in just a few hours.
The returned medal tally is now 1811.

Posted by Lost Medals Australia at 11:14 No comments: