This is another example where the circumstances don't let us tell the full story. However, I think that the fact that Bill walked the streets of a suburb looking for people who knew a veteran who died in 1985 speaks volumes about the effort that goes in to some returns.

Miniature medals, not being inscribed, are almost impossible to return. Glyn and I have always relied on some documentation associated with the find to help guide our way. However, it was a 1919 penny that had been ground down, silver plated and inscribed ‘R P SCHAFER V33055’, that led me to the Australian War Memorial and its WW2 Nominal Roll.
While War Graves could give me Robert’s date of death, 1 October 1985, the leads dried up. Next came a search (by hand) through a RSL Club’s set of old personnel cards, that been carefully filed away. This gave me an address.
So I went walking and while I was able to locate Robert’s last abode before his death, talking to neighbours only produced a mountain of conflicting information, which finally distilled down to:
“After Bob died, Sally went to Queensland”
“They had a son and a daughter, but the son died just after Bob”.
And the proverbial ‘that was before we came to live here”.
Finally through a long ‘round robin’ of dates, and possible addresses, I was able to locate Carol the daughter of Robert and Thelma Schafer. But who was Sally? She was Robert’s mother and his NOK on his enlistment papers.
Now having located who Sally was, it was easy to look back and find her death and cremation at Fawkner. Even then there was no actual link between her's and Robert’s cremation.
The final chapter took place when I contacted Luke, who found the medals, and informed him that he could expect a phone call from Carol to claim the medals.
And the son? He didn’t die, he is still quietly living in Melbourne.
It does leave Carol with one unknown, where were her father’s original medals?
The returned medal tally is now 2045. 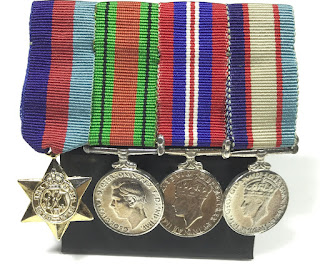 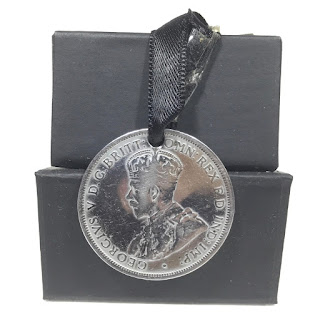 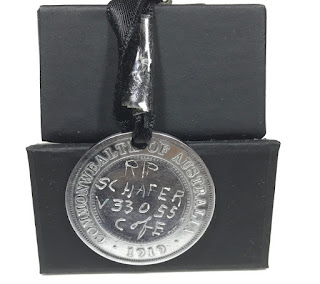 Posted by Lost Medals Australia at 16:39