This pair of medals is quite an unusual combination. The first one is the Queen's South Africa (QSA) Medal awarded for service during the Boer War. The QSA covered the period 1899 to 1902 and then the King's South Africa Medal was awarded after 1 January 1902 as Edward VII had come to the throne.
The QSA of this pair was awarded to 170 George Hamilton Sydney Maddock. George served with the 4th Contingent of the Queensland Imperial Bushmen. The clasps with the medal are for Transvaal, Orange Free State and Cape Colony. The Australian War Memorial Boer War nominal roll indicates that George was also with the 6th contingent. The QSA is named to the Queensland MR (Mounted Rifles). George's brother Arthur also served with the 7th Battalion of the Australian Commonwealth Horse.
George enlisted to the 11th Australian Light Horse for WWI. This link is to his service record. (To access the service record follow the steps in this tutorial.) He was later allocated to the Imperial Camel Corps. His British War Medal is named to the Camel Corps which makes the pair of medals unusual. The BWM is his only entitlement from WWI and this is confirmed in a series of letters in his service record.
George was from a rather large family, he married and had one son. All of his siblings who survived past childhood also married and had children but the family has been difficult to find. George and his brother Arthur married the Queale sisters but all of the close subsequent generations have died out. George's son and Arthur's three sons all served during WWII with one being a POW. However, none had children of their own.
I have found a relative who has considerable family history material for the Maddock family and I'll return the medal to her. Thanks to Rod S who forwarded the medals to me and to Catherine who wanted the medals returned in the first place.
The returned medal tally is now 1118.
The QSA: 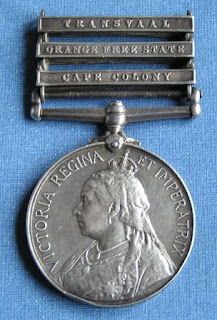 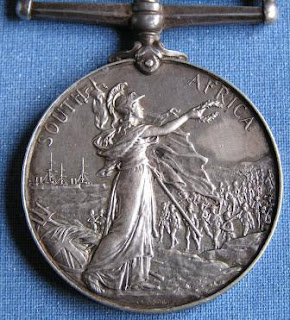 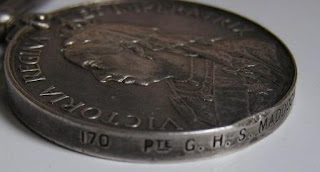 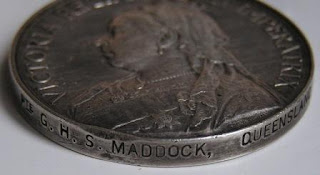 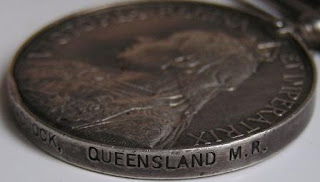 Posted by Lost Medals Australia at 13:33