In a similar way to Bill having received medals found in an old biscuit tin, I have recently received a large collection in a cigar box and cash tin. The items were found during a house clearance and include not only medals but photos, letters and news paper clippings relating to Alfred Charles Burnett Gray.
Burnett, this is the name he went by for his entire life, was from a pioneering family of Geraldton, WA. His father established a prosperous business in Geraldton which later relocated to Melbourne. I've included a copy of his Who's Who entry below.
Burnett went to school in Adelaide and later to Wesley College, Melbourne. While at Wesley he wrote the Founder's Day song. At the bottom of the page at this link is the song and details about Burnett. When his father died he returned to Geraldton to wind up the business there and relocate his mother and siblings to Melbourne. Burnett had three sisters and one brother. His two elder sisters never married and died in the early 1960s. His younger sister married but the marriage did not last although she had one son. He saw service in WWII but did not marry and died in the 1980s. Burnett's youngest brother married and also saw service during WWI but unfortunately he also did not have any children.
Burnett married Queenie Hilary Margaret Smith and like most of his siblings Burnett and Queenie didn't have children. Burnett died in 1968.
Burnett is most notable for being the first Councillor of a Victorian City Council to enlist in to the ranks for WWI. He served as 6804 ER-SGT Burnett Gray (the ER-SGT means Engineering Sergeant) in the 22nd Battalion, AIF. After he was invalided back to Australia in 1920, and while still in hospital, he was re-elected to the St Kilda council. Burnett became Mayor of St Kilda in 1922.
Burnett is commemorated in Melbourne by having had a park named after him as shown on page 27 of this short history as well as an infant care centre. There are also several mentions of him available on Trove.
Burnett's business and civic service is explained nicely in this entry. Click on the picture to increase the size. 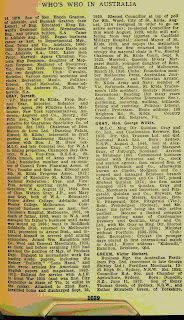 A photo of Burnett. 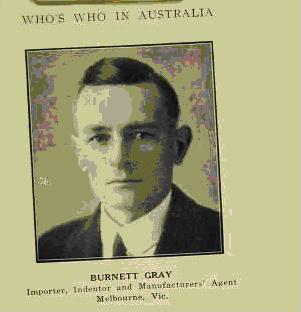 This is a picture of the cigar box and cash tin. 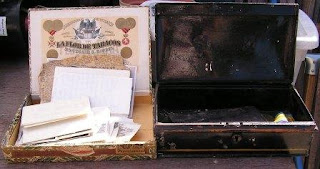 This is all the items in the cash tin. 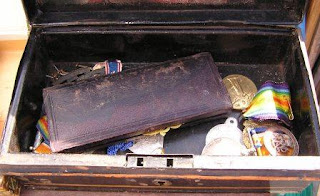 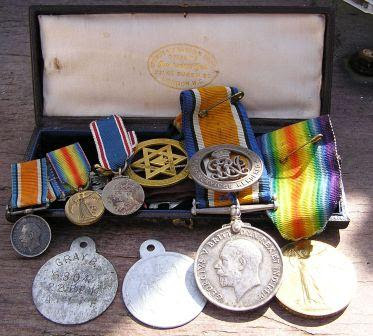 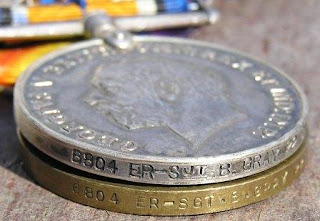 The direct family line of Burnett's father died out in 1980. I then had to look at at the family of Burnett's uncle Edward Gray. This also proved a bit difficult as five of Edward's seven children either died young or didn't have any children. Burnett's cousin William Gary had two daughter. It is one of these who I've located.This branch of the family is in WA where Burnett was from originally.
Thank you to Rosalind who found the medals while doing a house clearance and though they should be back with the family. The returned medal tally is now 1110.
Posted by Lost Medals Australia at 15:27