I often get a single medal which has come away from a large group or the group has been split so that children get a medal each. It is uncommon to see single medals to a father and son from different wars and countries.
The first medal is a 1914-15 Star awarded to 2168 Richard Carruthers who served with the Argyll and Sutherland Highlanders. The second medal, a Pacific Star, was awarded to Richard's son, WX15641 John Carruthers. Both of these medals will be returned to the next generation of the family, John's daughter Annette.
Nicole is responsible for the research to find the family. These medals came to me from the WA RSL. The returned medal tally is now 1046. 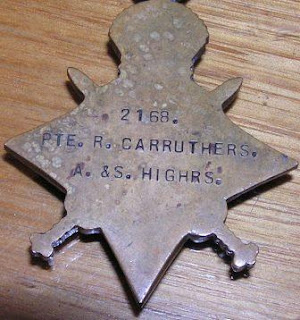 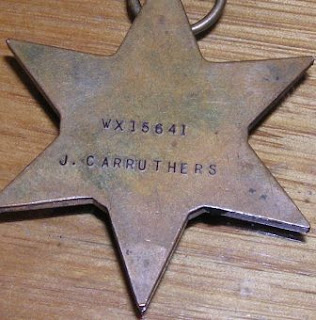 Posted by Lost Medals Australia at 15:55