When I started this search I had to think hard about which soldier I was looking at. I only recently received the WWI Victory Medal awarded to 1073 Henry Ernest Miller. When I searched his name the first result I got was for a 2010 story from my own blog. This was not for the current search but for 3387 Henry Ernst Miller.
Once I sorted out my own confusion I looked at some other resources and found 1073 Henry on an Ancestry family tree. My message to the tree owner was answered very promptly and she is 1073 Henry's daughter. The search took less than 20 minutes.
This medal was found on a road in Frankston, Victoria. As can be seen in the photos the medal was had a tough life. It looks like it has been run over a mower on several occasions.
Thanks to Emily S who sent the medal to me.
The returned medal tally is now 2479. 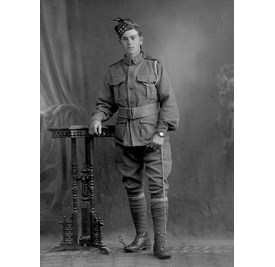 A portrait of Henry taken during WWI. 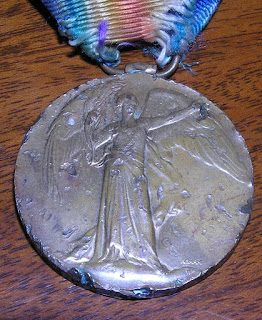 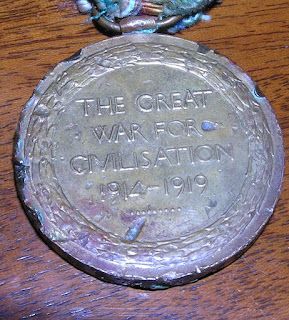 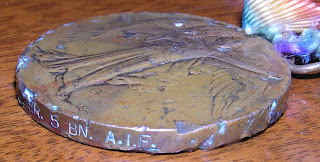 Posted by Lost Medals Australia at 10:30