Searches involving medals awarded to British soldiers can be a little problematic. The main issue is the lack of service records available online. Many were lost during WWII as a result of the Blitz.
When a service record is accessible, the search becomes so much easier. These records contain the name of the next of kin, their address as well as the names of any children. This provides a great starting point. This particular search benefited from having a complete service record available.
My part in the travels of this British War Medal commenced with the arrival of a package from the Directorate of Honours and Awards. The Honours and Awards staff had received three WWI medals from the NSW Police Liverpool station but where they came from before that is unknown to me. One of the medals is the BWM awarded to 103269 Gunner Albert Stanley Christian, Royal Garrison Artillery.
From Albert's service record I knew that he was a 31 year old drapers assistant from Lancaster, UK. His wife was Harriet (nee Hudson) and their son was Cyril. Albert enlisted on 10 July 1916 and was a gunner in the 2/3rd Siege Battery. Albert was killed in action in France on 28 April 1917. He is buried in Henin Communal Cemetery Extension.

Not only did this search get off to a great start with access to Albert's service record but he is also included in many Ancestry family trees. 30 minutes after I started looking for Albert, I was looking at a picture of his wedding to Harriet in 1910. 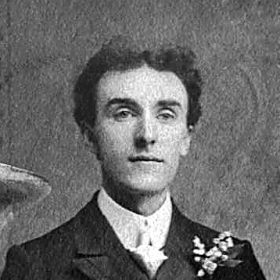 This is the full wedding party. 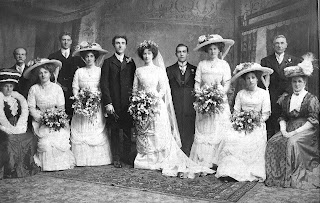 One of the Ancestry family trees appeared to be owned by Albert's grandson so I fired off a message. Overnight I've heard back from John and sure enough I have the right family.
How this medal traveled from Lancaster, UK to Liverpool, NSW is a mystery. A reverse journey will now occur when I send this medal back to John in Lancaster.
The returned medal tally is now 2474. 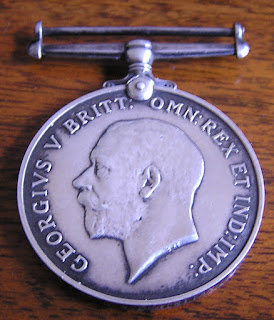