This search was quite easy and was resolved within an hour of commencement. However, what it did open up to me was many hours of family research that had been done on NX8038 Neil Fisher Henderson.
I received three WWII medals awarded to Neil from the Directorate of Honours and Awards and commenced the search yesterday afternoon. Neil was a Lance Sergeant in 2/33 Battalion. He was killed in action on 23 June 1941 and is buried in the Commonwealth War Cemetery Damascus, Syria.
Neil was the son of Harry Morphett Henderson and Elizabeth. From Harry's death notice I found the name of his other son which was Jack Morphett Henderson. Then from Jack's death notice the name's of his sons: William, Robert and James. It didn't surprise me that William's second name was Morphett. William died in 2019. His death notice gave me his widow's name and I was able to find her number in the White Pages. We had a lovely conversation and I was provided the contact details for Neil's nephew, James (Jim).
After speaking to Jim I was given access to an extensive file that records Neil's service. This was compiled by another of Neil's nephews. I've spent the morning reading a transcript of the diary that Neil kept. It is a typical record of the mundane life of a soldier and completely fascinating. The rerun of these medals are going to add to the family archive.
Thanks once again to Donna from the Directorate of Honours and Awards for trusting me to complete this search and to Jim (and Hugh) for all the extra information on Neil.
The returned medal tally is now 2478 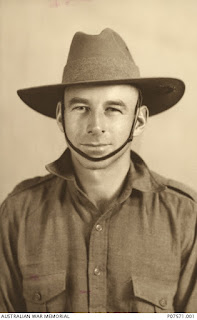 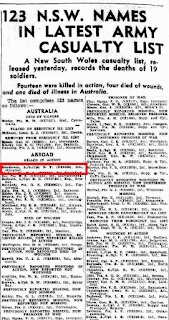 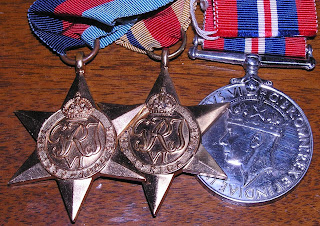 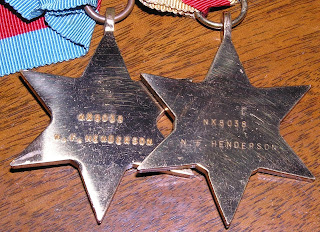 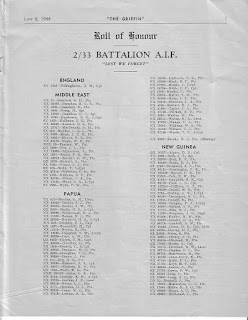 Posted by Lost Medals Australia at 10:02