When I first started researching VX36870 Albert Cyril Dawson in May 2020, I quickly found all the basic information about him, his wife and daughters. Then I got to the mid 1970s and the information all dried up. I set the medals aside in the hope that a fresh look in the future would bring up something new.

Over the weekend I took another look at Albert and sure enough I found a tree on Ancestry which it turns out is owned by Albert's grand daughter. Sian tells me that two of Albert's four medals are in the custody of her grand mother and the other two were with another relative, or so they thought. These were the two medal that I had. At some point the two medals were handed in to the RAAF Museum in Victoria and then sent to me.

It is very pleasing that not only are these medals being returned to the family but also they are being reunited with the rest of Albert's medal group.

Thanks to David G for sending me the medals. The returned medal tally is now 2594. 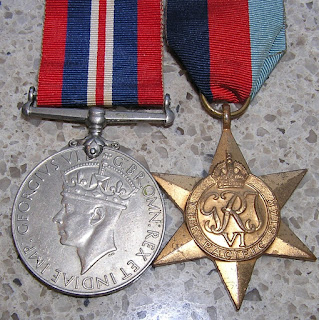 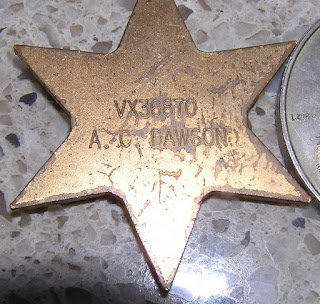 Posted by Lost Medals Australia at 18:25