In 2007 I received Wilfred John Parker's Memorial Plaque and its accompanying letter from the King.
The only solid piece of information I could find was the details of Wilfred's death at Passchendaele on 31 July 1917 as recorded on the Commonwealth War Graves web site. I located two regimental numbers for Wilfred which is not uncommon but made the search a little more uncertain. Wilfred was a British soldier who served with the Royal Sussex Regiment and the Queen's Own Royal West Kent Regiment.
Yesterday, I revisited the research and came across a family tree on Ancestry. Wilfred was listed with his siblings but the tree owner was not closely related so I started researching his brother Stephen only to discover that Stephen died in Queensland in 1983. This explains how the plaque came to be in Australia. I then had a close look at Stephen's family and found another family tree which is owned by Stephen's grandson. A message to the owner, Bill, was answered almost immediately and confirmed he is Wilfred's great nephew.
I now know that Wilfred first enlisted at aged 15 but when his mother found out he was withdrawn from the army. Wilfred is commemorated at the Menin Gate Memorial and his town memorial at Littlehampton, Sussex. Bill has very kindly provided me some photos of the memorial and of Wilfred.
Thanks to Glenn S who sent me the plaque and letter. The returned medal tally is now 1213.

This is Wilfred's memorial plaque 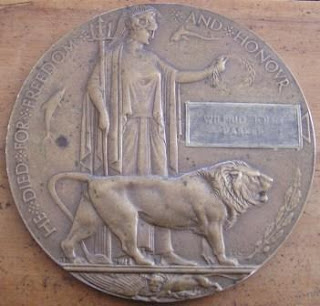 The naming on the plaque. It appears to have been rubbed a lot, maybe an attempt to remove it. 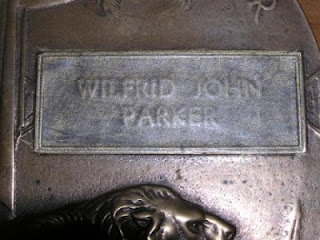 This is the letter sent to families which accompanied the plaque. It is signed by George V. 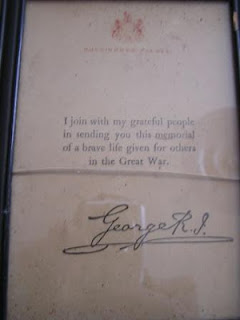 A photo of Wilfred believed to be taken during training. 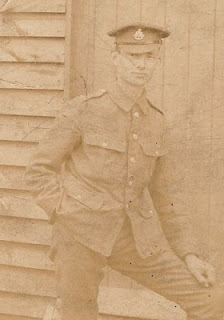 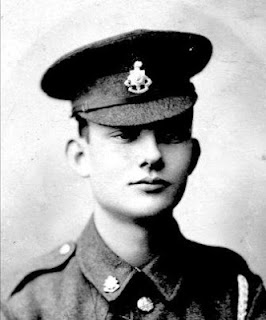 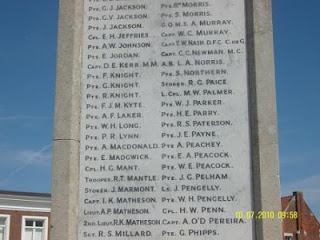 Posted by Lost Medals Australia at 10:20