The request to find the family of 412101 Flight Sergeant Frank Lawrence Boyd came to me from Air Force Head Quarters. The medals were held by the Gaythorne RSL but we took up the case on their behalf.
Frank was killed in action over the Netherlands and is buried in the Enschede Eastern General Cemetery. A picture of the headstone is below.
Frank's three WWII medals will be returned to his great nephew in the near future.
The returned medal tally is now 1146. 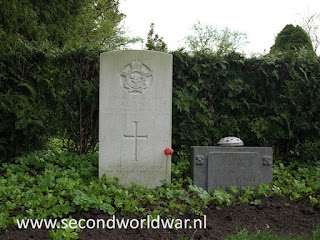