The search for relatives of 3269 PTE Albert Charles Bisdee was very complicated. His service record initially lists his father as the NOK but with the caveat of 'address unknown'. This is crossed out and the name Edward James Barratt has been inserted with the relationship of cousin. These leads sent Bill and I off on several different research paths. Albert served in 11th Battalion, AIF.
On Monday I came across a family history blog written by Jessica Barratt which has an entry for Albert. Edward James Barratt is Jessica's great great grand father. Jessica's blog has some fantastic information about Albert including a wonderful photo of Albert in cowboy clothes. Below that is a picture of Edward with his family believed to be taken during WWI. Jessica has kindly given me permission to reproduce both in this entry.
Jessica's blog is a testament to some great family history research and a fantastic example of what can be published on line for future generations.
This 1914/15 Star came to me from Darrel H of the Boulder RSL. Darrel also sent me the Castle medal which was returned in June 2011. The medal is in great condition and is court mounted ready for wear.
The returned medal tally is now 990. 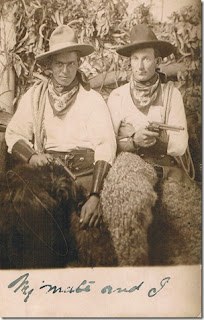 In this picture Albert is on the left. 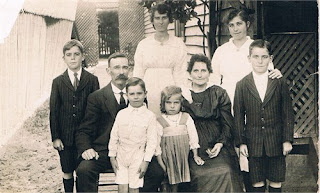 Jessica believes this picture was taken during WWI and Edward  is second from the left. 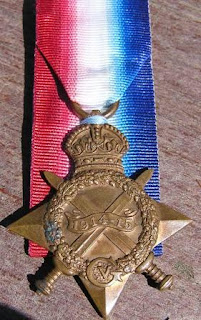 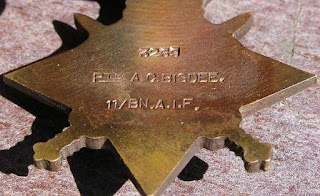 Posted by Lost Medals Australia at 11:48