NX6009 Ernest Lawrence Phillips was an early enlistee from NSW signing up on 3 Nov 39. The search for his family was rather complex and is best told using the Australian Surname Group thread.
We also know this from the family:


Ernest  who was captured in Crete, spent most of his 4 years as a POW working in the German Salt mines in Silesia.
As the POWs were being forced marched back into Germany to prevent them being liberated by the Russians, Ernest escaped. Ernest later said escaping saved his life as he doubted if he would have survived the march from Poland to Germany, a march that took place in the middle of winter.
These medals were sent to me from Frances of the Phoenix Society and the returned medal tally is now 894
The family have also been good enough to provide us with a photo of Ernest (on the right) with the notation on the back that it was taken while he was a POW. 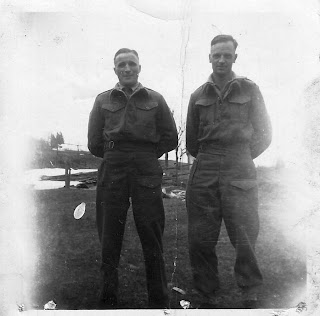 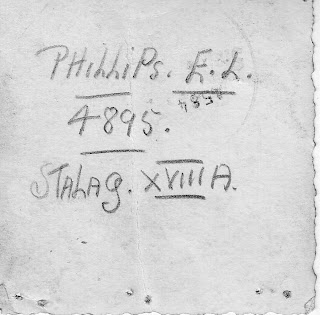 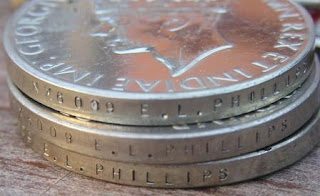 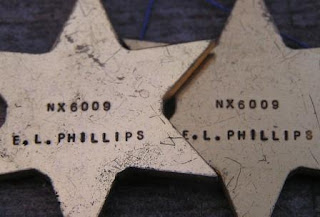 Posted by Lost Medals Australia at 18:17