The medals awarded to WX2741 Arthur Angus Ross were stolen on Christmas Day 1992 from his niece's residence where Arthur was living at the time. Since then they have been in the custody of the WA Police, the WA RSL and then sent to us.As can be seen in the photos the medals are in as issued condition and have never been mounted for wearing.
The returned medal tally is now 910. 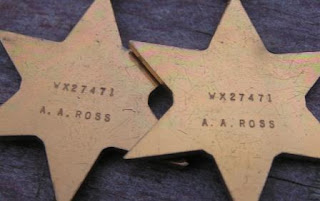 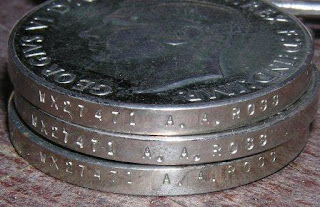 Posted by Lost Medals Australia at 17:06