Since first contacting the family of, then posting the story about, Captain Lawrence James, I have had wonderful engagement with Lawrence's grand daughter, Peta.

Peta has sent me some great family photos and kindly given me permission to share. 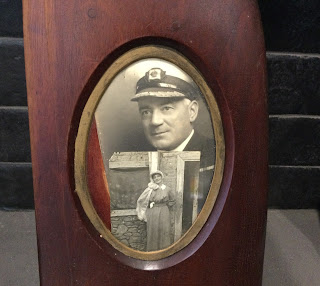 This is a  portrait of Lawrence and with a separate picture of Rose. Peta tells me: 'This is a photo of him with a separate one of his wife in front in World War 1. This was how it was when I was given it so I left it like that. The frame is supposed to be made from a propeller of a plane flown by Charles Kingsford Smith.' 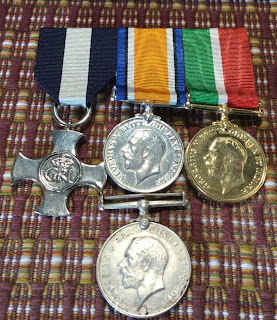 This is a replica set of Lawrence's WWI medals, now with the original British War Medal. 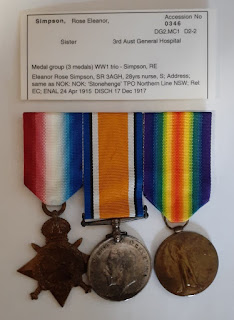 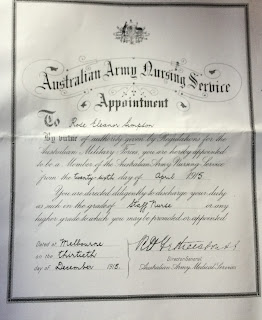 These last two photos are of Rose's original WWI medals and her certificate of appointment in the Australian Army Nursing Service.
Update: 23 July 2021
When I was researching Lawrence, I sought expert assistance from the members of the British Medal Forum. To my very pleasant surprise, one member, Mike, let me know that he has a watercolor painting of HMS Huntsgreen. Mike has kindly provided me a photo of the painting with the following extra details:
The painting is signed J. A. G. Thompson, and dated 1922, and, as you can (just about) see, is quite dramatic.

Posted by Lost Medals Australia at 18:21