I recently received a parcel from the Directorate of Honours and Awards which contained three medals all awarded to separate servicemen and each with interesting stories.

The first story is of a 1914-15 Star awarded to ON4138 Ord Sig William Gromalle Parker. William was a member of the Royal Australian Navy Reserve and I was a little surprised that his period of service ended in early 1915. It made sense when I found an AIF service record for him. The front page states that William has three years service in the RANR and that he is 'still serving'. William became 1130 Private WG Parker and allocated to the 30th Battalion. William was wounded in action in France and was eventually discharged in 1917.

After WWI, William became a hair dresser and had a large family. One of his sons was Eric Stuart Parker and it is Eric's son Steve who I have contacted. Steve tells me that in the not to distant future there will be a family reunion and he is sure that this medal will create quite a bit of interest.

The returned medal tally is now 2632. 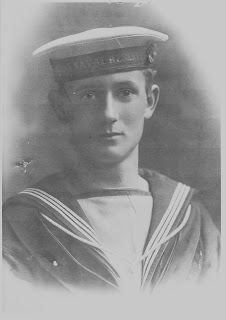 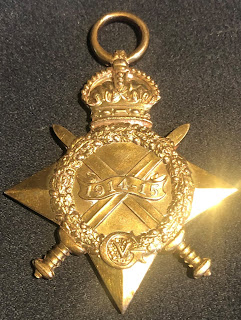 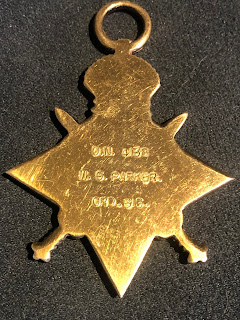