Over the last week I've been lucky enough to be able to help out the Queensland Police Service and the Victorian Police with two searches.

The first search was for the family of 14553 John Leslie Chesher who served in the RAAF during WWII. John's dog tags had been handed in and Kylie T from the Palm Beach Police Station asked for assistance. John led a pretty quiet life and there wasn't many public records available. I did found another name at the same address John was living at in San Souci, NSW in the 1970s. I provided this to Kylie who was able to use resources available to her to narrow down this name to an individual who turned out to be John's nephew.

The second search was for the recipient of an Australian Defence Medal which had been handed in to Leading Senior Constable Lara M at the Sunshine Police Station in Victoria. Similarly to the other search, just by providing the full name to Lara she was able to locate the owner.

It has been a real pleasure helping out both Kylie and Lara and the respective state police force.

The returned medal tally is now 2632. 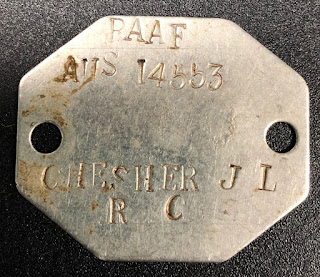 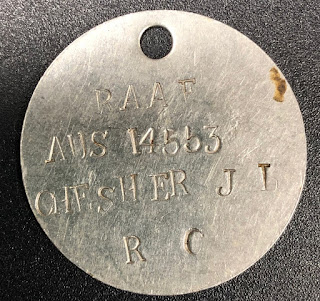 Posted by Lost Medals Australia at 16:56