This Queen's South Africa Medal came to me recently as part of a box of medal forwarded by the Grafton RSL Sub-Branch.
Most of the information I could find about Trooper Thomas Walter Barnes was from newspaper articles available from the National Archives of Australia web site - Trove. I've added two of the most interesting articles below.
The official record shows that Barnes had the regimental number '5' and served in the Australian Horse. However, the medal gives his number as '8'. It is most likely that the medal is incorrect.
Barnes was born in 1875 and spent his early years around Murrumburrah, NSW. He belonged to the Murrumburrah detachment that made up the Australian Horse contingent. Barnes had two daughters but I've been unable to establish if either had children of their own. He died in Gladesville, NSW in 1937.
I found Barnes included on an Ancestry family tree which is owned by Barnes' great nephew. It is to this family I'll return the medal to in the near future.
The articles are really interesting, especially the comments about Barnes' horse and reference to Banjo Paterson.
The returned medal tally is now 2242. 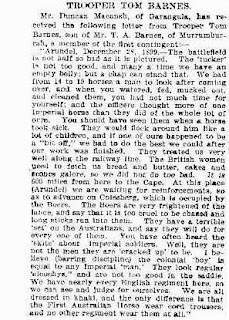 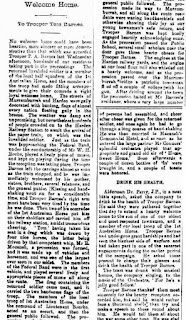 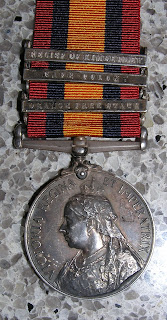 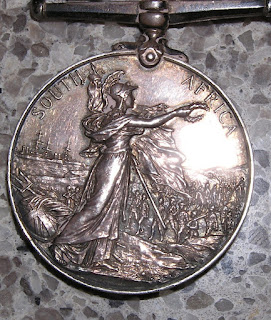 Posted by Lost Medals Australia at 17:40