Some returns are just meant to happen.
At 1755 this afternoon I opened an email from Dennis of Melbourne. He asked me to call him so he could explain the full story behind a group of medals he purchased many years ago. Being a former solider and having respect for the man who was awarded these WWI medals, he had them mounted and framed. The medals were awarded to 807 Walter Vincent Dryburgh who served with the 29th and 32nd Battalions, AIF.
While I was talking to Dennis I searched Ancestry and found Walter on several family trees. The owner of one promising looking tree was marked as private but I was able to determine two points. Firstly the owner was Walter's great niece and the tree title was TiffanyDryburgh. A quick search of the internet took me straight to the website of photographic artist Tiffany Dryburgh. This was far to much of a coincidence so I called the contact number and sure enough I had the right person. This was all done by 1813 (sorry Bill). I've now connected Dennis and Tiffany. Dennis has kindly given me permission to post the photo he provided.
The returned medal tally is now 1635. 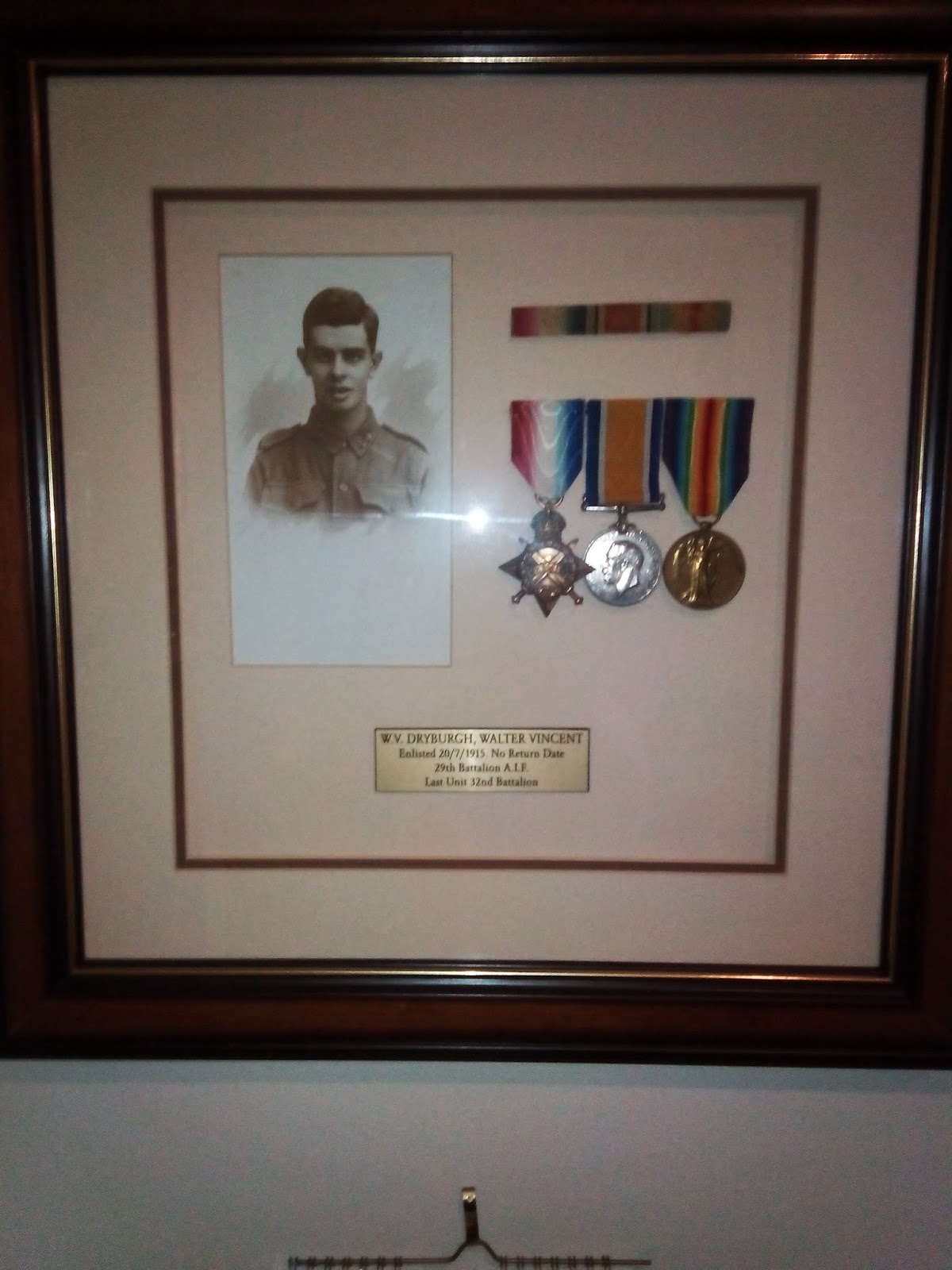 Post update 20 Apr 15
I have just received a photo of the return of Walter Dryburgh's medal to Tiffany Dryburgh. 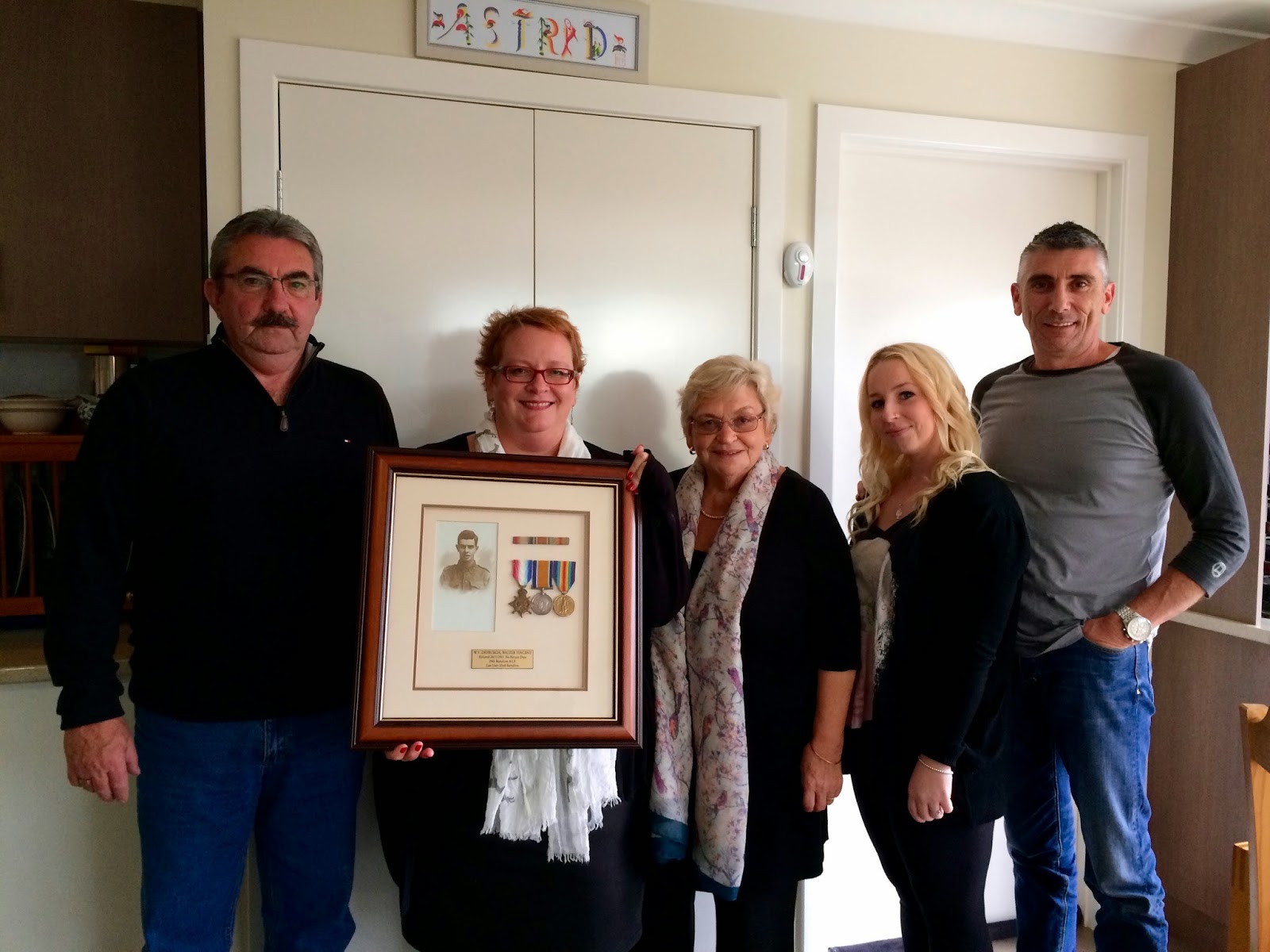 Posted by Lost Medals Australia at 18:38