This was a straightforward bit of research. I collected a package from our PO Box on Wednesday afternoon, on Thursday I found the details of the soldier and a connection to his family and yesterday I spoke to the soldier's brother on the phone. While this seems unremarkable, all those individual pieces combine to make up a much more interesting story.

These Vietnam War medals were awarded to 39973 Dennis Francis Richardson. Dennis was a Corporal in 2 RAR and completed a tour of Vietnam in 1970/71. After returning from Vietnam, Dennis discharged and settled in his home town of Melbourne, Dennis tragically died in 1981. I was a bit stumped about where to search once I had found this information but a simple Google search provided the answer.

On the 2 RAR Historical Collection I found this story. In June 2021, Dennis' brother, Jon, had visited the 2 RAR Historical Collection and the visit had been posted online. The collection is run by Jason, better known as 'Harry'. I sent Harry a message and in very short order Harry sent Jon an email. The end result is that Jon and I spoke last night and I'll be sending his Dennis' medals in the near future.

Dennis medals were sent to me by Bob Sandow of the Mt Gambier. How the medal they ended up in Mt Gambier will remain a mystery. Thanks to Harry for all the assistance and all his efforts running the 2 RAR Historical Collection.

The returned medal tally is now 2674. 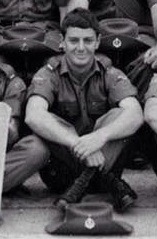 This is Dennis taken from a group photo of his company. 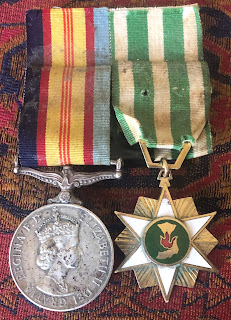 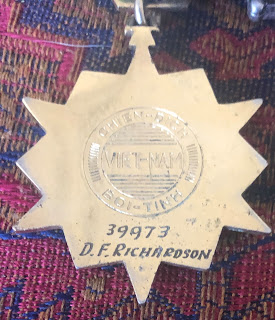 Posted by Lost Medals Australia at 09:07