The photo which is below of the medals in their boxes may be familiar to several readers. The Defence Force Service Medal and the National Medal awarded to A111651 Ian Leslie Mills first appeared in a Face Book post by Wendy Newman. Wendy received several links to my page made by kind friends and readers.

Ian proved rather difficult to track down and after Wendy and I swapped emails she put her trust in me and recently the medals arrived in my PO Box. I had done a bit of research into Ian but kept going around in circles. All reference to Ian that I found had his year of death as 2001. As is turned out he died in 2006 and is buried in Bundaberg. 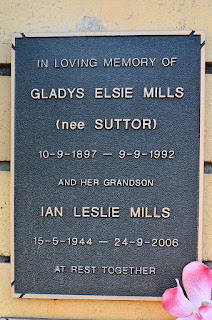 Having Ian's grandmother's name unlocked a few clues. Ian's grandfather was Leslie Gordon Mills who is also buried in Bundaberg. 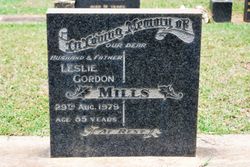 However, the names of Ian's parents, particularly his father's, eluded me for some time. These turned out to be Noel George Mills and Isabel Haggart. Noel served in the RAAF during WWII.
The electoral rolls, which are available on Ancestry, only go up to 1980. While these provided the addresses that Ian, and his wife Rose, lived at doing his career in the RAAF, the key piece of information I was looking for remained elusive. Wendy knew that Ian had a son and they were living in Boonah, QLD in the 1990s/2000s. Finding these details is what caused me the most trouble. Putting all the pieces together led me to an Ancestry family tree owned by Rob.
Rob is Ian's cousin and provide me some very valuable information. Firstly, Noel died only last year at the age of 99. Secondly, that Ian has two sons, I've now been in touch with one of Ian's sons and I'll return these medal in the near future.
The returned medal tally is now 2676. 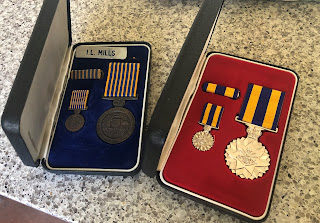 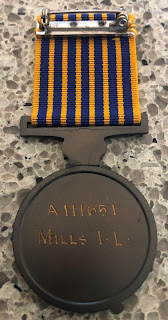 Posted by Lost Medals Australia at 16:21