This search and return was rather straight forward but with a couple of twists.

It commenced in the usual manner when I was contacted by James R who had this group of six WWII medals. James did know a bit of the back ground behind the medals and that they were awarded to Peter Robinson. That confused me a bit as the medals were awarded to NX14775 Edward Murtough Robinson. It wasn't until I found Edward's death notice that I understood that he was know as Peter. There was a bit more confusion when I saw a second person named Peter at the same address. It turned out that this is Edward's son.

I hit a minor speed hump trying to work out Peter's current address but I did narrow down who his daughter is and within 10 minutes of sending her a message she connected me with Peter. Thank you  Amy. As it turns out Peter lives in Canberra not far from where I work so I'll drop his father's medals off in the near future.

The returned medal tally is now 2667. 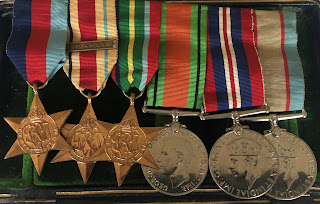 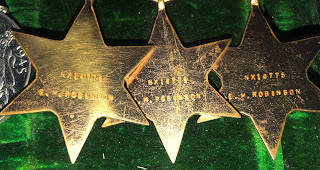 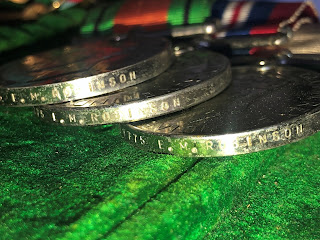