This is another return that is years and many hours of research in the making. I received the Boer War and WWI medal group awarded to James Gordon Campbell from the WA RSL in 2010. I've had to revisit the search on multiple occasions as each time I've looked more information became available. I don't know the full story so I've made some educated guesses. It was complicated by James remaining in South Africa after the Boer War and record availability is low.
James was born in Edinburgh, Scotland in 1878. I couldn't pin down when he went to South Africa but it must have been prior to 1901 as he was awarded the Queen's South Africa Medal and this ceased to be awarded once Queen Victoria died. James was a corporal in the Frontier Light Horse. His QSA and KSA are named to this unit. He also served in the British South Africa Police.
During WWI he served in the 5th Infantry and the South African Service Corps.
It took about three years to find all this information.
Progressively, through Ancestry, I've put together details of James' life. He son was Douglas Gordon Campbell and grandson was James George Gordon Campbell. By pure chance I found James' death certificate. He died in 1938 but more importantly I had a geographic location in South Africa where he lived and I used this for the next phase of the search. 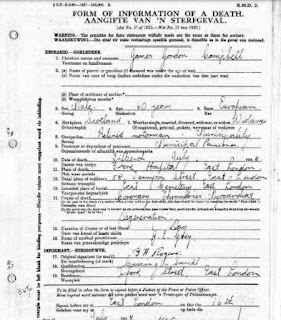 James (2nd) had four children one who was Francis Robb Campbell. Francis married August (Jimmy) William Heger. It is this branch of the family who I've been in contact with. Jimmy is one of the gentlemen in the picture with all the motor cycles, exactly which is unknown.
Once I had a name and location I sent off a couple of speculative emails and found the right Heger family. For the last month or so I've been communicating with Steve Heger and will send him the medals in the near future.
How the medals got to Australia is a mystery.
Thank you to Steve for the great conversations and being the conduit in to the Heger family. Also thanks to the WA RSL.
The returned medal tally is now 2487. 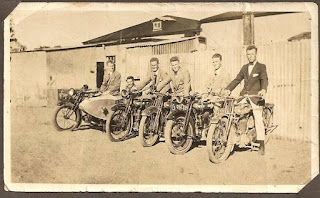 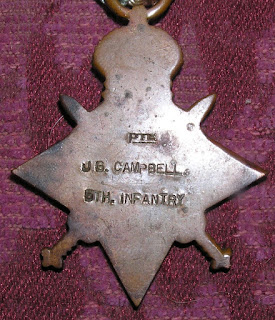 Posted by Lost Medals Australia at 18:18