There is so much to the story of this soldier which can not be told so the only details from Bill's most recent success is what is on the public record.
3041 2nd Corporal Edward Roy Harding was in the 5th Engineer Company, AIF and then later the Australian Army Pay Corps. He was wounded twice and very late in the war he was awarded the Military Medal. This link is to the recommendation for the Military Medal.
Following WWI Edward wasn't done with serving his country. He served in the RAAF as a Flying Officer.
This medal is Edward's WWII War Medal.
The returned medal tally is now 2115. 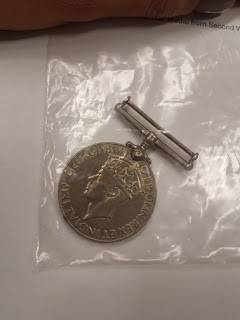 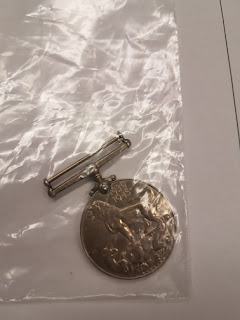 Posted by Lost Medals Australia at 20:22