I recently published the story of Geoffrey Boulter and my collaboration with Matt H from the RSL QLD North Brisbane District. The Boulter research was the second set of medals that Matt asked for assistance with. This story is of the medals that Matt originally contacted me about.
Matt tells me that three WWI medals were recently found in a small tin box at the Hervey Bay tip. The medals were awarded to brothers 2574 Arthur John Booker and 1905 Herbert Edward Booker.
Arthur and Herbert were to sons of Albert Sidney Booker and Elizabeth Rose (nee Hurley). They also had a sister Mabel Rose.
Albert served with 9th Battalion, AIF and survived WWI. He did marry after the war but divorced having not had any children.
Herbert served in 15th Battalion, AIF and fought in the Battle of Lone Pine when he was killed in action on 8 August 1915. This clipping is the report of Herbert's death. 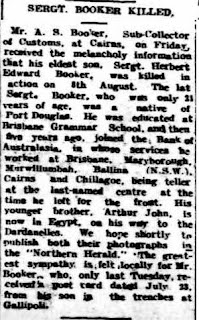 These two photos are of Herbert were also published in the news papers. 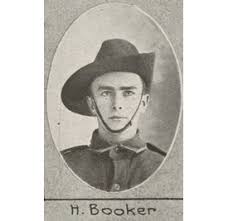 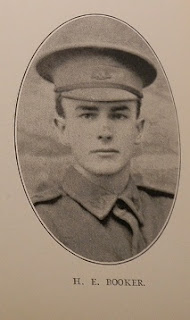 This is a photo of Mabel Rose Booker with other relatives. Mabel is on the far left. 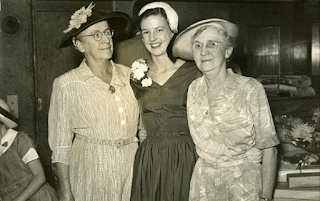 I've been in contact with a relative who kindly provided me the photo of Mabel. I've now connected her with Matt so that the medals can be returned.
The returned medal tally is now 2509.

Posted by Lost Medals Australia at 12:31