This story has several interesting connections.
The WWII group of six medals awarded to SX7308 Thomas Lionel Wadrop arrived in the post yesterday. My initial thought was this might be a difficult search given the lack of South Australian public records available on line. All I got was his date of birth from the service record page and date of death, 1991, from his cremation nook plaque.
To shortcut the South Australian research frustration, I've turned to the SA Genealogy Face Book page with this search. In short order I received some great assistance. Nicole E provide a lead by finding that Tom didn't marry, but his sister Dulcie married Arnold Harmstorf and their son's name is Ian. I immediately recognised the Harmstorf name as that of an Army colleague of mine. She is also from South Australia so I fired off a message to her immediately. The even faster, it seemed, reply confirmed that Ian is her father. Soon after I was talking to Ian who clearly remembers Tom, a Rat of Tobruk. He recalls Tom, a driver, telling how they would shelter under the engines of their trucks when the Messerschmidt planes dived bombed their convoys. This was the safest place as the bullets couldn't penetrate the engine blocks.
These medals came to me via Ivan of the NSW RSL but where they have been for the last couple of decades is a mystery.
Thanks to the researchers on the South Australian Genealogy Face Book page who responded to my request, especially Nicole who connected all the dots.
Also thanks to Ilona for her part in connecting me with Ian.
The returned medal tally is now 2438. 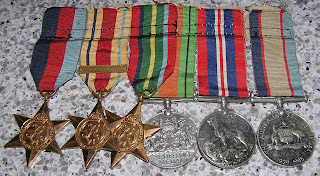 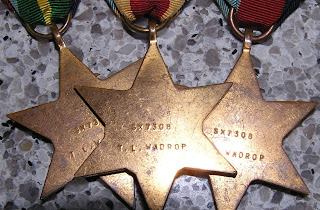 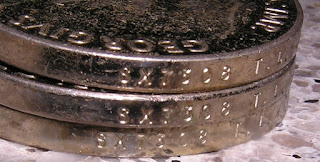 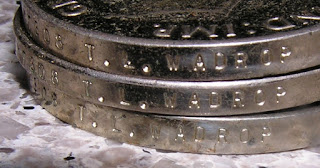 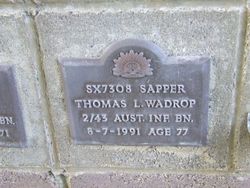 Posted by Lost Medals Australia at 18:39