When Trevor P of the MacLean RSL Sub Branch contacted me about these two medal I thought that it was two different searches and one was going to be difficult. Trevor couldn't find the two soldiers in the Australian records but I soon determined that the WWI medal was awarded to a British soldier and the WWII medal to a South African Union Defence Force soldier. And that is were the difficult lay.
The WWI Victory Medal was awarded to Gunner John Arthur Haywwod, Royal Artillery. Public records shows that he was born in 1885, he was married to Sarah Jane Crook in 1909 and died in 1961 in the UK. I located Sarah and John's headstone (picture below) which does not mention any children. I also found all of John's siblings but is appears that very few of his quite large family had children either. There was no obvious link to Australia.
From previous experience I knew that there are precious few little public records available about the SAUDF. The only record I could find that mentions Corporal Edward W Gascoigne, was that he was a POW, having been captured in Italy by the Germans.
What I couldn't find was any link as to why these medals would be in Australia. After over 10 hours of research I had not progressed past the 1960s for the John and 1943 for Edward. Out of frustration I expanded the one Haywood family trees that I found and there, in a distant branch, the name Gascoigne appeared. I've now been in touch with the tree owner in the UK and will send her the medals in the near future. What we can't work out is how the medals ended up in Australia. All I can think of is that they were part of a family collection that changed hands multiple times and ended up here.
Thanks to Trevor who sent me the medals.
The returned medal tally is now 2422. 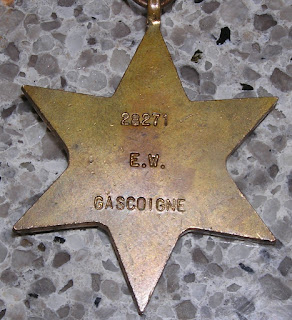 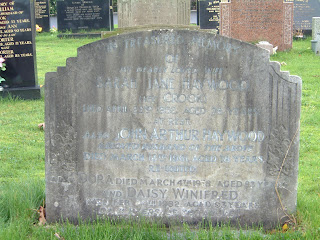 Posted by Lost Medals Australia at 20:35