It would be really interesting to know the journey that this medal has been on since it was awarded in 1902. A bit more about that later.
This Queen's South Africa Medal was awarded to 174 Corporal William Gorey who served in the 2nd Battalion, New South Wales Mounted Rifles. The medal has 5 clasps including Cape Colony, Orange Free State, Transvaal, South Africa 1901 and South Africa 1902. William returned from South Africa with the rank of Sergeant. Along with the medal came two documents; a discharge certificate and performance report.
William was born in 1880 making him 35 years old when he enlisted for WWI in October 1915. However, within days William's wife Louisa had written to the Army objecting to his enlistment based on her not being able to survive and care for their children based on the allotment he provided for her. It looks like by early November 1915 he was discharged.
William was pretty easy to follow through the electoral rolls. I could work out his wife's name and that of their daughter, Alma Agnes who married Charles Stephen Leaver. From there things became a bit difficult. I followed one child of Alma and Charles but I've not been able to find the current generation's contact details. For the last 10 months I have hit one brick wall after another.
I revisited this search today and based only on the geographic location I suspected another child of Alma and Charles might have lived I cold called a number. To my surprise I ended up talking to the wife of William's grand son. I'll send this medal to back to the family shortly.
My part in the journey of this medal commenced in October 2018 when I received an email from the Chief of Navy who had the medal and asked me to search for the family. This search did take a bit longer than I thought but in the life of a medal that was awarded in 1902, the 10 months it took me to find the family is a relatively short period.
The returned medal tally is now 2410. 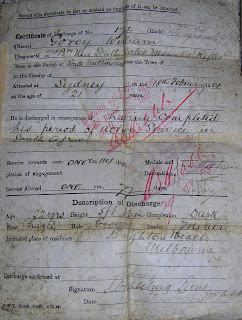 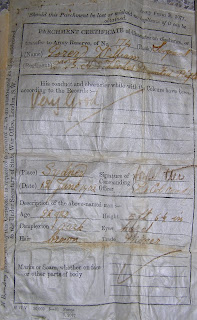