Initially this search confused me as I couldn't link the WWI medals awarded to 1417 Hugh Montgomery and VX145510 Leonard Leslie Smith after I received them from the Shrine of Remembrance.
I originally thought this was two separate searches and started by looking at Hugh and determining his wife's and daughter's name. Then I moved on to searching for Leonard's (Len) family. I found his headstone which gave his wife's name and something rung a bell. Hugh's daughter was Marjorie Mabel Montgomery and Leonard's wife was Marjorie Mabel Smith. A bit of deeper checking of the public records provided proof that this was the same person I so what had was medals to members of the same family.
That was probably the easiest part of this search. It then took more than two years to track down Len and Mabel's daughter's. Despite having the names of the next two generation of this family it proved difficult to make that final link. Thanks to a helpful relative on Ancestry I have just heard from one of Hugh's grand daughters and will soon be sending these medals home.
The returned medal tally is now 2388. 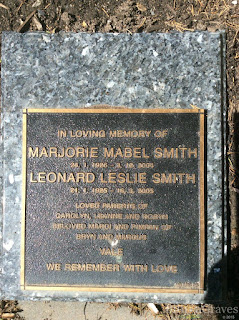 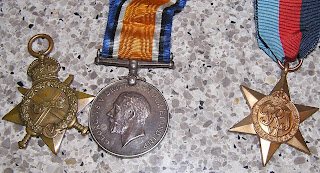 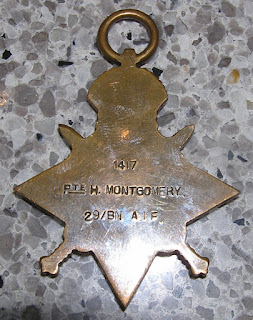 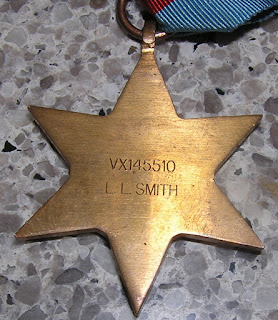 Posted by Lost Medals Australia at 19:43