This search commenced last week when my colleague, Ben W bought in a bag of medals. The story he tells me is that his father is a second hand dealer and over the years he had purchased items that have included medals. All up there were six medals in the bag. There is a single medal that is still being researched and a WWII group of five awarded to NX71777 John William Robert Hatton.
It didn't take long to find John on an Ancestry family tree so I fired of a message to the tree owner.
Today, Ben and I were rewarded with a response from Kerry, the tree owner. Kerry tells us:

You probably realise that John William Robert Hatton [was] my Great Uncle. He was like most of my ancestors and did not marry.
He was my Grandmothers brother and I remember a photo of him and my father telling me that he never married.
I have [another] great uncles watch that was given to him from his employer when he went off to WW1. [With the medals] I will have two items that belong to my Great Uncles.

I'll soon send off John's medals to Kerry  and many thanks to Ben and his father for wanting to see these medals returned.

The returned medal tally is now 2377. 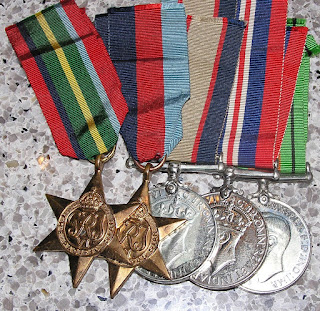 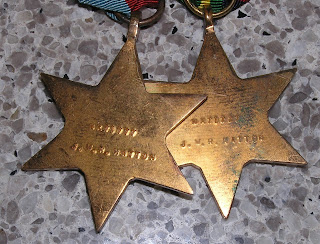 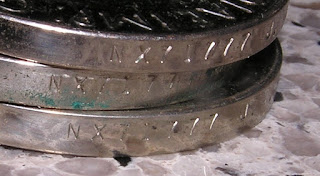 Posted by Lost Medals Australia at 20:50