Yesterday evening I received an email from a Property Officer at a Victorian Police station. He had been referred to me by a friend of mine, Rob who works at the Defence Service Center. The Victorian Police had received a group of WWII medals awarded to VX145248 SGT Thomas Bird.
Thomas, who died in 1995, was rather difficult to find in the electoral rolls. Lucky his wife was a little easier to follow due to her name: Hilde Alma Amelia Bird (nee Pearce). The trail was pretty thin other than a 1977 electoral role entry for a Thomas Phillip Bird at the same address as Hilda. The 1980 electoral roll did not confirm my assumption that Thomas Phillip was Thomas and Hilda's son. However, to my surprise three entries below Hilda's name was a Thomas Phillip Bird at a different address but in the same suburb, this time with Agnes.
More searching led me to Thomas Phillip Bird's death notice from 2011. This confirmed that he was the son I was looking for. The death notice also confirmed that his wife's name was Agnes and the names of his children. I provided this information to the Property Officer but I was unable to give the latest contact details of Thomas Bird's grand children.
I sat on this overnight wondering how to make that final connection. This morning I had a closer look at Agnes and found her death notice from 2017. What this gave me was the funeral company who provided the conducted the service.
From there things moved very quickly. The Victoria Police Property Officer contacted the funeral director who in turn contacted Thomas' grandson and very soon after, he was on his way to the police station to receive the medals.
This all started with Frances speaking to Rob and ended with Lynda helping to put the final piece in place. Thanks to each of you.
The returned medal tally is now 2299. 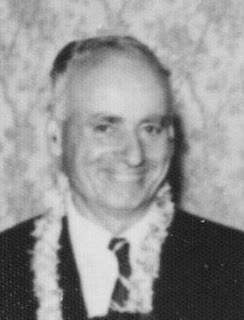 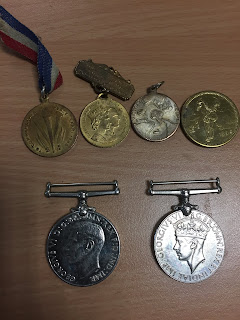 Posted by Lost Medals Australia at 11:30