The numbers of medals left in the Grafton box is getting less by the day. The next to be returned were awarded to QX48096 Lance Sergeant Noel David Gibson. I suspect that Noel was awarded 5 or 6 medals for his WWII service, however, only two came to me.
Noel was pretty easy to follow through the electoral rolls. I got lucky as one of the entries included his daughter. More luck came my way as her first and second names only appeared once again but this time with a different surname. I made the assumption this was her married name and that the other name at that address was her husband who had a very specific occupation. The name/occupation combination got me a successful hit and a business phone number. My hunch paid off and I had the correct family. More luck ran my was as I rang the same week as retirement after 53 years in this profession occurred and the business was closing.
Noel's two medals will be posted back to his daughter in the near future.
The returned medal tally is now 2263. 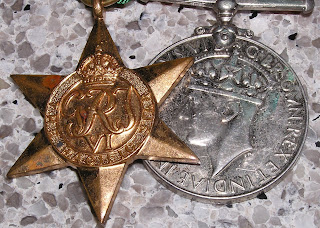 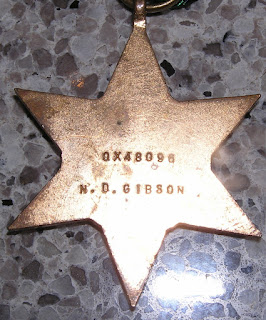 Posted by Lost Medals Australia at 18:43