Another pair of WWI medals that came to me from the Grafton RSL is the BWM and Victory Medal awarded to 4174 PTE John Desmond Hayes.
Hayes was a 24 year old blacksmith when he enlisted in September 1915. Following his training he transited through Egypt and allocated to 47th Battalion AIF. Less than 12 months after enlisting, he was wounded in action on 9 Aug 16. Hayes died of his wound two days later.
My search put me in touch with Kay who is Hayes' great niece. Kay had posted a tribute to Hayes on a notice board which I came across and sent her off a message. As part of her research, Kay has found some photos of Hayes and I have been given permission to publish them here.
I'm a bit intrigued with the condition of Hayes medals. The Victory Medal is in very good condition. By comparison the BWM has had a rough life with the suspender rather damaged and the rim suffering several bruises.
The returned medal tally is now 2261. 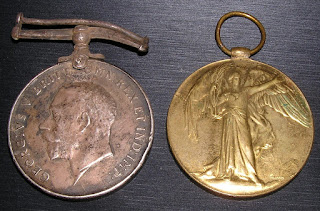 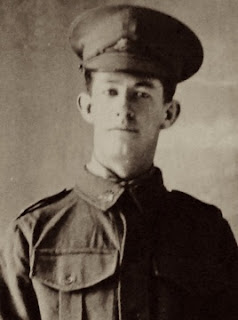 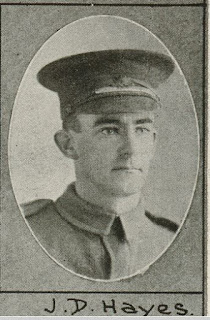 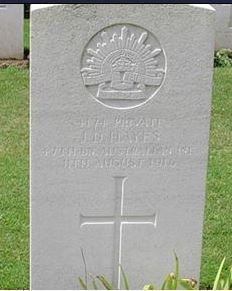 Posted by Lost Medals Australia at 18:42