The search for the family of 1619 Driver Daniel Morgan has proved to be very tricky. Bill and I really ran in to some difficulty. Alex cracked the code when he realised that there were name changes due to different marriages and family deaths. In the long run we got there and Alex's clues has put Bill in touch with Morgan's great grand daughter.
As the pictures show this Victory Medal has had a hard life. A ding on the rim makes the '2' look a lot like '7' but Morgan definitely served in 2nd Light Horse Regiment.
Thank you to Douglas who first sent me the medal in 2009.The medal returned tally is now 1004. 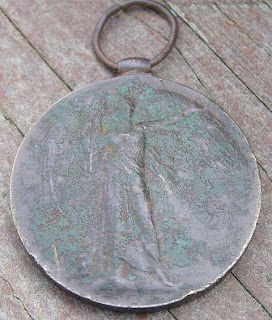 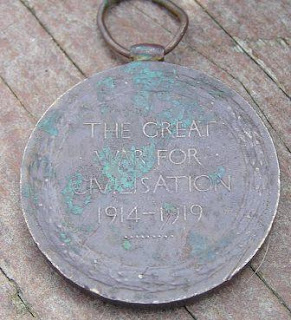 Posted by Lost Medals Australia at 16:40