2166 Victor Walter Leslie Miller was an early enlistee from WA. His address on enlistment was Railway St Cottesloe (which Gail, Frank and I know pretty well). He was enlisted in to11th Battalion, AIF, which is still on the Australian Army ORBAT as a Reserve battalion. Victor's service record gave us heaps of clues, including a 1960 addition to the record which provides his date of death.
11 Bn, AIF is probably most famous for the group photo taken at the Great Pyramid at Giza. At home I have a large print of this photo up on the wall. The story of the battalion is told in the book Fremantle to France; 11th Battalion AIF, 1914-1919, written by an acquaintance of mine, Ian Gill. The book identifies some of the soldiers in the photo. When I get home I'll see if Victor gets a mention and if I can locate him in the photo.

Victor's WWI trio are from the WA RSL and the returned medal tally is now 870. 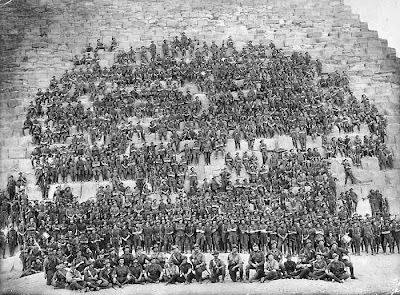 The officers and men of 11th Battalion, AIF. 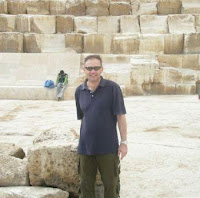 A recent photo at almost the same spot. (Photo credit - LEUT Sara Mooney, RAN)
The article I have provided the link too appeared in the June 2004 edition of Sabretache and is written by another acquaintance, Anthony Staunton.

Update on 8 May 11 - photos added.
Unfortunately, I haven't been able to identify Miller in the 11th Bn photo. 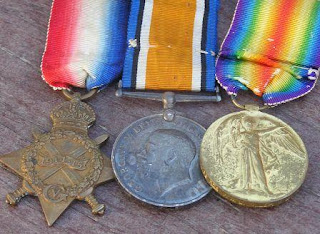 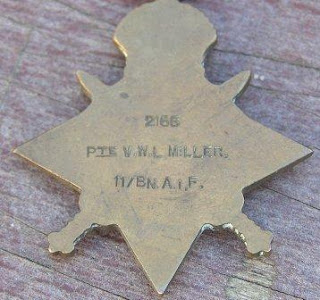 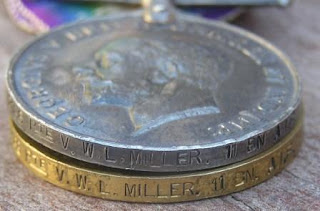 Posted by Lost Medals Australia at 01:14