The search for VX74091 James Robert Allen was a complicated one but Bill was equal to the task. In the end it was through the funeral directors who conducted the burial service for James that we were able to contact James' son Kevin.
We have been told that about 14 years ago the medals were given to a nephew who was serving in the RAN. All subsequent attempts by the family to find this nephew came to nothing and they eventually gave up.
The medals were found on Anzac Day 2005 at the Orient Hotel in the Rocks. The lady who found then forwarded them to the RSL and they eventually came to me.
The returned medal tally is now 759. 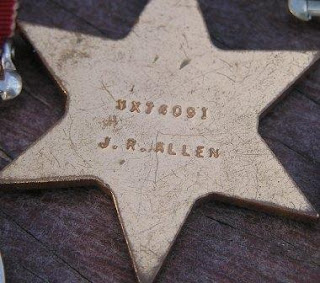 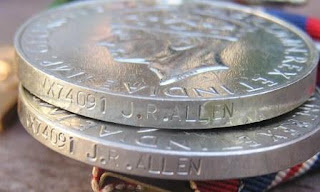 Posted by Lost Medals Australia at 22:58