This is the latest set of medals that I received from Bob and the Mt Gambier RSL. Bob tells me that this collection was found in a roof space of a house in Mt Gambier.

The medals were awarded to SFX26182 Lieutenant Kathryn Concannon. With the medals is a photo album and other mementos belonging to Kathryn. Using Trove I found several newspaper articles from the 1930s about Katheryn graduating a nurse and being appointed as a nursing sister at a regional hospital in South Australia. As I've mentioned in the past, the public records available from SA are a bit thin so didn't hold out much hope for a quick result, despite the unusual surname. I did find that Kathryn died in 1985 and that there was no one listed in the White Pages in Mt Gambier. But I got a break, Kathryn is included in the family tree on Ancestry. I fired off a message to the tree owner and sure enough I had found the keeper of the Concannon family history.

As part of the research I also found that Kathryn's brother Alexander John was KIA on 3 May 1917 at Bullecourt.

Thanks again to Bob for sending me the medals which will soon be sent off to Ros who is also in Mt Gambier.

The returned medal tally is now 2584. 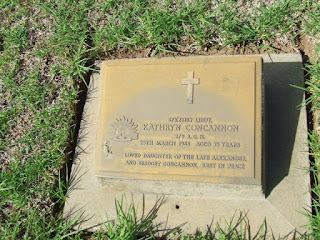 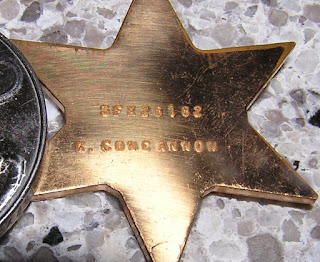 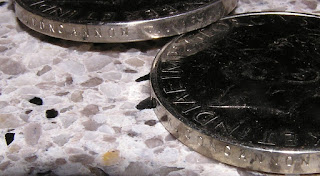 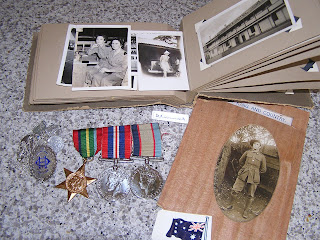 Posted by Lost Medals Australia at 13:34