This story is the result of helping out my mate Tim L from the Queensland Police. I can track the exact time it took to conduct this search thanks to the time stamp on our text conversation.

At 1401 I opened a text from Tim which had the details of a RAAF veteran whose four medals had been handed in. The veteran was A31329 Jack Parker Thomas. The basic details were easy to find on the DVA nominal roll. It looks like he was listed as presumed dead at one point but later repatriated to Australia. When I checked the electoral rolls it looked as though Jack continued to serve in the RAAF until 1960.

Jack was from Bright in Victoria and also lived in Melbourne. In 1980 he moved to Queensland. He died in Noosa in 2004 but his ashes were returned to Bright where he is commemorated. I couldn't find any evidence that he married or had children so I looked at his siblings.

At 1418 I responded to Tim that his brother Frank had married Thelma Cook and their daughter Wendy had married William H. The White Pages has one entry in Bright for this surname so on a hunch I gave the number to Tim.

At 1525, Tim texted me back to say that the hunch proved correct and the number was for Jack's great nephew who also holds Jack's ashes. In less than 90 minutes this search was resolved and will soon be finalised when the medal are back with Jack's family. 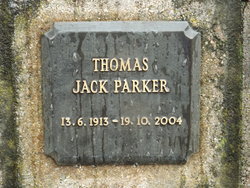 Posted by Lost Medals Australia at 18:52