Another story from Bill's 'watch this space' series.

48 PTE Claude Henry Gerdes was an original member of the 11th Battalion having enlisted on 26 August 1914, less than a month after war was declared.
Claude was drowned of Maroubra Beach in 1921. The fishermen who found his body left it and went to get the police. When they returned the tide had taken the body and it was never recovered.
Claude’s 1914-1915 Star came to me from Bruce, who had found it in a garage down at Mornington in March of this year. How long it had been there neither he nor I could work out, let alone try to guess.
Sadly after surviving WWI, Claude was drowned of Maroubra, NSW in 1921.
Out of respect and at the request of his family I will say no more. His 1914-1915 Star is ‘home’.
The returned medal tally is now 2088. 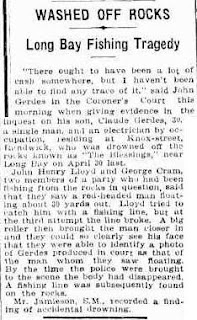 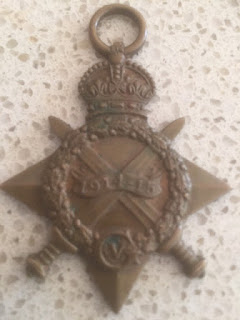 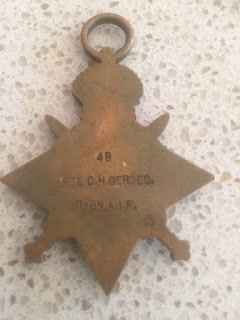 Post up date - 30 May 17
These photos have been provided by Claude's family with the following description:
'Claude posted both photos of himself to Margaret being his sister Margaretta Energy Larsen (nee Gerdes) who was his NOK at the time of his Service'. 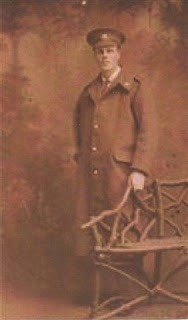 Posted by Lost Medals Australia at 08:14